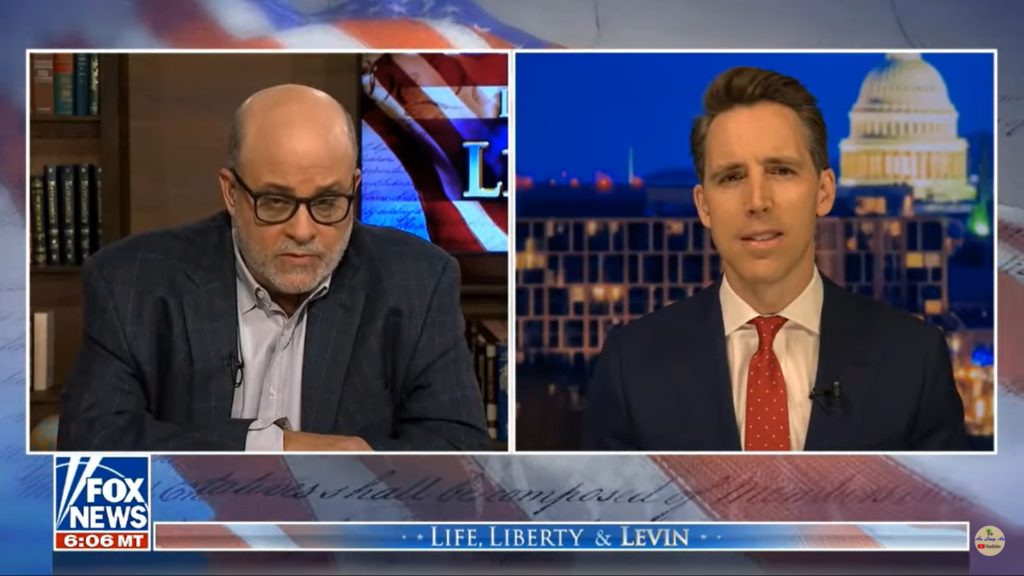 In an interview on Life, Liberty, and Levin yesterday, Sen. Josh Hawley called out the love affair between Big Tech and the Left.

Hawley noted how big tech flexed its muscles in the 2020 presidential election by deplatforming now-former President Donald Trump and censored a report about wrongdoings by Hunter Biden, son of President Joe Biden. According to Hawley, Democrats “love the power over speech” big tech companies such as Facebook and Twitter have.

I think a lot of folks in Washington, and that unfortunately includes a lot of people who call themselves conservatives, don’t really understand just how powerful big tech is, although I tell you what, Mark, after this last election when big tech worked together to singlehandedly repress and suppress that Hunter Biden story and then after they went on to deplatform President Trump and deplatform numerous other conservatives and shut down speech,” Hawley told host Mark Levin. “I mean, if you don’t understand the power of big tech now, then you’re never going to.”

He then paid tribute to the ideas of America’s Founding Fathers, who warned against this kind of behavior.

Our founders said that anytime you get concentrated power usually means government has interfered. You know, concentrated power, monopoly, aristocracy — that is a political choice. That is the result of policy and exactly what we have here. I think part of what we’ve got to do — those of us who are saying that we have got to break up the power of these tech companies, the power of these woke capitalists, these monopolies. We’ve got to explain government has interfered time and time again to help these people get big, get strong, get powerful, and now they are suppressing conservative voices. Now they’re trying to run our economy and to run our government, and they will do all of that if we let them.”

You can watch the rest of his interview with Mark Levin at the beginning of this video:

Hawley is spot-on when it comes to Big Tech and the Left, and it’s always good to hear a Senator telling it like it is!