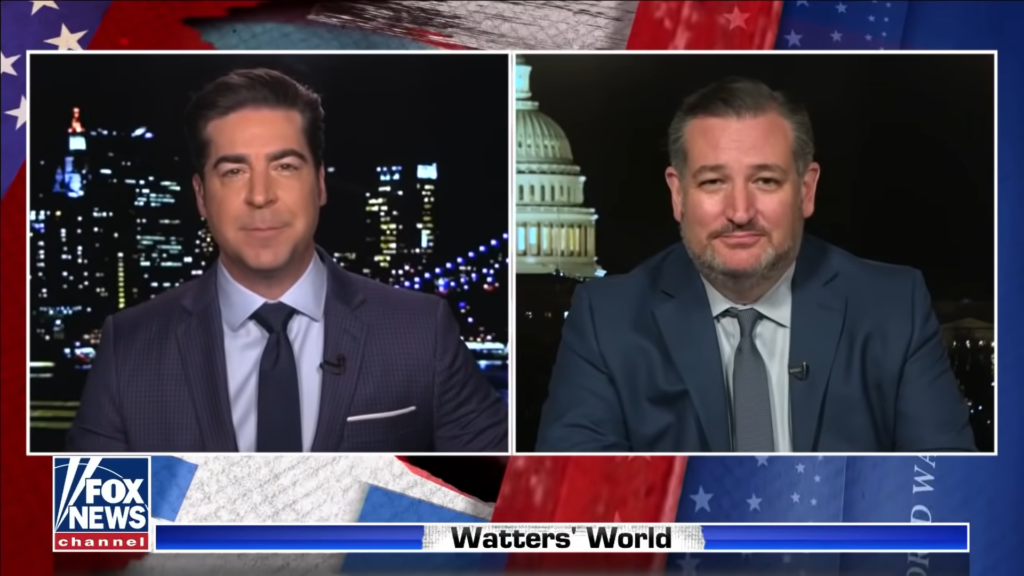 Sen. Ted Cruz did an interview on Saturday with Jesse Watters on Fox about a key issue the GOP hasn’t done enough to tackle.

“[I] think wokeness is trying to destroy America, and we’re seeing whether it’s the corporate media or big business, we are seeing woke corporations that are engaged as the political enforcers of the radical left, and are trying to silence or trying to cancel. They’re trying to punish American citizens, and I think it is profoundly dangerous,” he said.

He then called out the GOP, asking them to “grow a backbone”…

Look, we’ve got to grow a backbone,” Cruz replied. “We’ve got to stand up to big business, and we’ve got to take on Big Tech. We’ve got to use the antitrust laws to break up Big Tech to go after them for abusing their monopoly power.

Cruz also shared his own record and the actions he’s taking, before again reminding Republican colleagues they need to act too.

Look, I’ve been standing against the cronyism and corporate welfare a long time, but I’m urging my colleagues in the Republican Party to stand against the cronyism and corporate welfare as well. We’ve launched a new website. That is nowokemoney.com, nowokemoney.com because if we’re not going to take the money from the corporate PACs, we’ve got to rely instead to communicate our message on individual Americans all across the country who are supporting us to the tune of $10.00 or $25.00 or $50.00. And I think the Republican Party needs to grow a backbone and stand up to woke corporate America.

It’s great to see a Senator taking action over corporate influence in our society. This is exactly what we need to see more of.