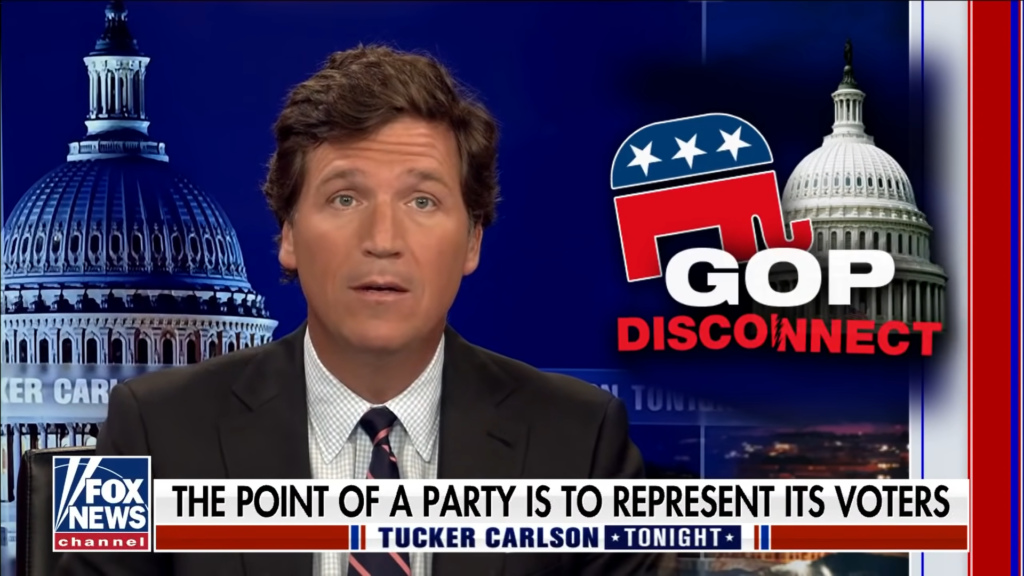 In his Friday monologue, Tucker Carlson went through some of the reasons why Frank Luntz has been a bad influence on the GOP. Here’s a big one:

The problem with Frank Luntz is that his views, his personal views are very different from those of your average Republican voter. Frank Luntz is a conventional liberal. His main clients are left-wing corporations like Google.

The actions of Luntz and those like him are why many Republicans feel like the party no longer represents them.

The people who control the GOP want to dump Trump and go back to the status quo, with career politicians who repeat stale talking points and lose elections.

Carlson named Luntz as one of those people.

We should all be very skeptical the next time we hear from Luntz because his interests are clearly not the interests of American patriots.