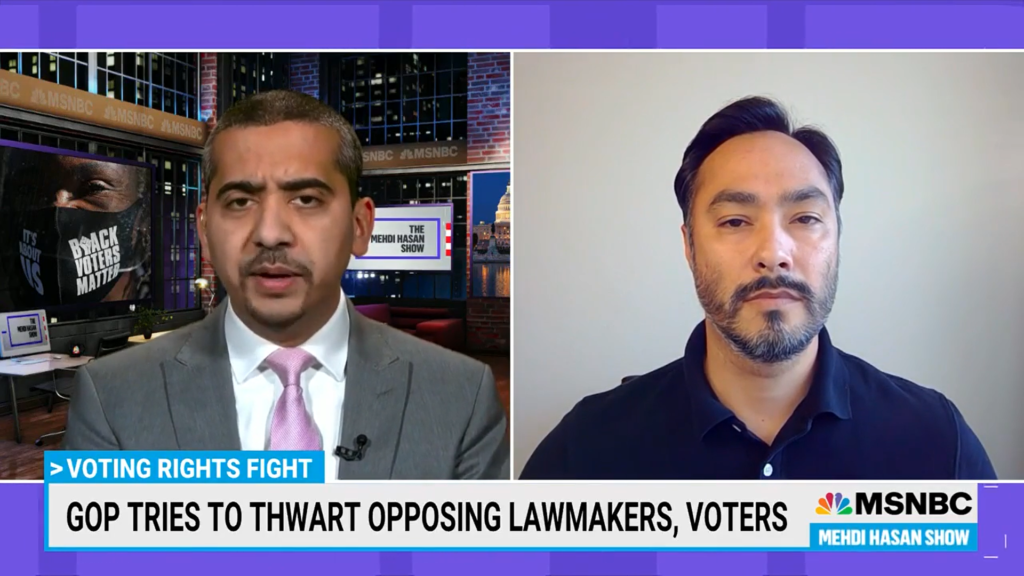 On a Sunday CNN show, Democrat Rep. Joaquin Castro from Texas had this to say:

Those nations were led by fascist governments.

Millions of people died and secret police forces spied on the population.

In the mind of Castro, that’s where the GOP is headed.

As you might expect, there’s no evidence for this.

But the liberal media will let their fellow liberals say pretty much anything.

Especially if it’s against President Trump and Republicans.

Castro goes on to say:

“The only reason they’re doing this is to harm people and to keep certain people from voting,” he added.

Who is the GOP trying to keep from voting?

How are they doing everything they can to hang on to power?

No answer. Unless Castro means campaigning to win elections, which is exactly what any political party does in a democracy…

You can watch the full interview here.

All we can see is that Castro appears to be living in a fantasy world. A common trait among liberals…