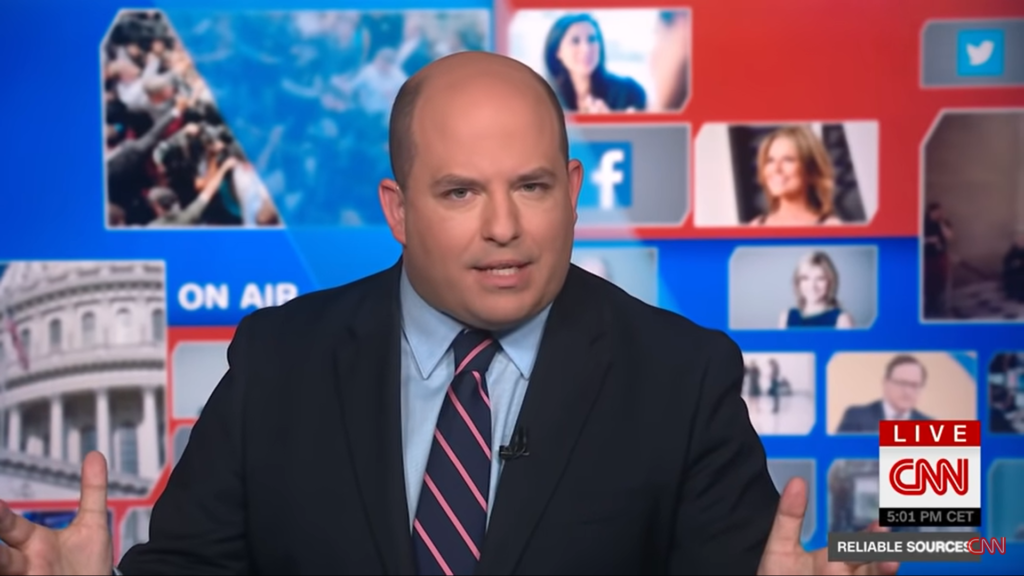 Stelter added, “Worst of all, I’ve heard Tucker Carlson repeatedly say that many Americans are dying after getting the shot. And he said it with the implication that the shots are to blame with no evidence at all. He’s scaring his audience so recklessly that even some of his own colleagues called him out for it on Twitter. Carlson acts like he knows some secret truth that’s been covered up by some shadowy enterprise.

This begs the question of what Stelter thinks the truth is.

Does he think that Carlson should be forbidden from sharing his views?

Does he have any evidence that Carlson is wrong?

Stelter didn’t address any of this, of course.

His job is to please the liberals who watch his show.

He does that by showing clips of their favorite talking heads, and quoting their preferred news sources.

So how would he know how Carlson’s conservative audience feels?

He probably views them as a basket of deplorables, as Hillary Clinton once said about Trump supporters.

And unlike Carlson, Stelter doesn’t investigate, he just accuses. So why listen to him?