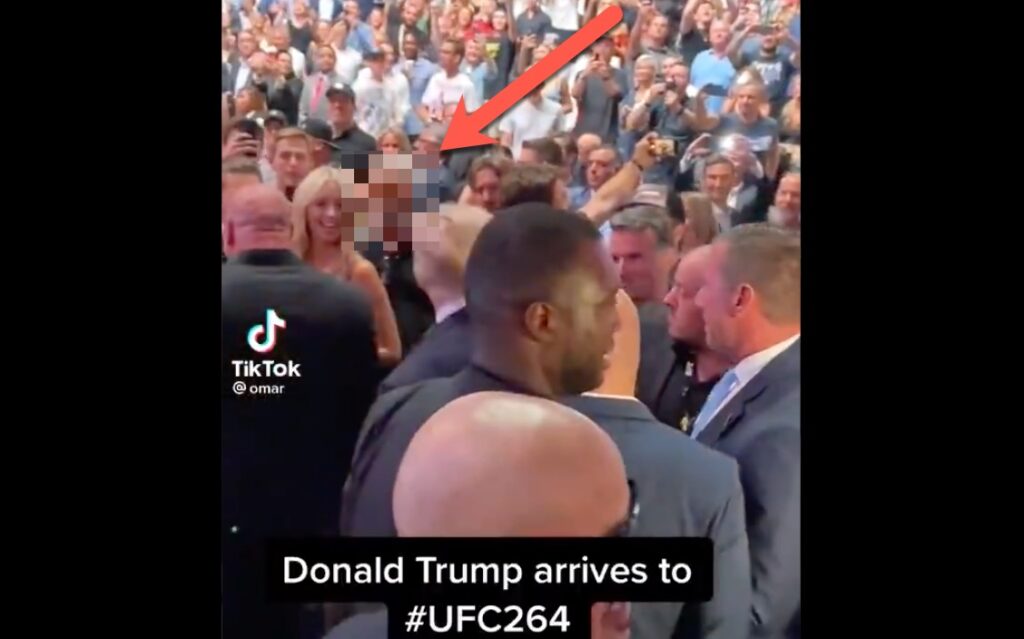 When Trump attended UFC 264 over the weekend, the crowd erupted in cheers and started chanting “U-S-A”.

UFC is known for attracting many of the most rich and famous people on the planet. It appears Hollywood pariah Mel Gibson was also in attendance. And when Trump walked by, he stood at attention, giving the former President a salute.

I don’t know about you, but it’s great to see Mel Gibson giving the former President the respect he deserves.

Turns out, The Patriot wasn’t just a movie Gibson acted in. Plot twist: He actually is a patriot!