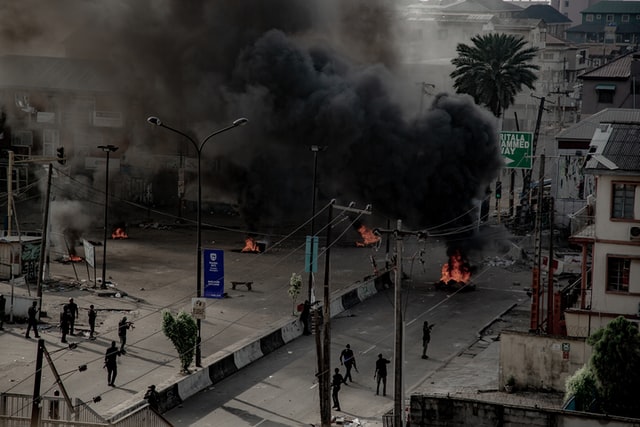 On Tuesday, former President Donald Trump praised the African nation of Nigeria for banning Twitter in their country. In a statement, Trump said:

“Congratulations to the country of Nigeria, who just banned Twitter because they banned their President. More COUNTRIES should ban Twitter and Facebook for not allowing free and open speech—all voices should be heard. In the meantime, competitors will emerge and take hold. Who are they to dictate good and evil if they themselves are evil? Perhaps I should have done it while I was President. But Zuckerberg kept calling me and coming to the White House for dinner telling me how great I was. 2024?”

Twitter first banned Nigerian President Muhammadu Buhari because of his comments about the Nigerian Civil War. So Nigeria then banned Twitter.

According to the New York Post, Buhari’s deleted tweet said, “Many of those misbehaving today are too young to be aware of the destruction and loss of lives that occurred during the Nigerian Civil War. Those of us in the fields for 30 months, who went through the war, will treat them in the language they understand.”

Twitter permanently banned Trump from using its platform in January 2021. If Twitter can ban a country’s top leader from speaking directly to the nation’s people, then it seems like fair play for the country to turn around and ban Twitter.