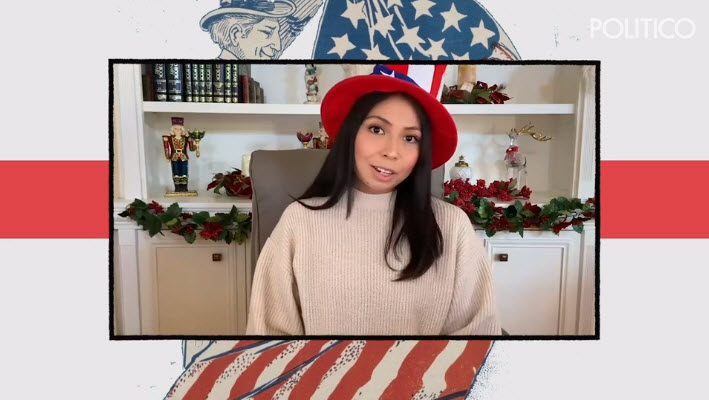 With so many American figures from history getting attacked these days, their statues torn down, their memories desecrated, you have to wonder who will be the next target of the woke mob’s wrath? 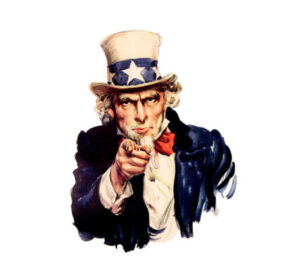 Uncle Sam, the iconic cartoon figure most famous for his stern gaze and pointed finger on military recruitment posters saying, “I want you for U.S. Army” is now being looked at as a symbol that needs “updating to be more reflective of America today.”

According to Politico, Uncle Sam is outdated and it’s time for “something new.”

Does Uncle Sam need a makeover?

He’s been a long standing national symbol, but it’s fair to ask, maybe it’s time for a symbol that better represents the diversity of the country.

Check out @politico’s interactive package on what an updated Uncle Same could look like. https://t.co/17o7Sj4Ejp

On President’s Day, did Politico publish some patriotic content about U.S. Presidents?  Uh, no. They instead pushed the idea of canceling Uncle Sam and turning him into Auntie Samantha or something else entirely different.

One of the positive things about this Politico media presentation on Uncle Sam is the history behind the Uncle Sam character. This is something patriots should know and the historical context can help you decide your opinion on this discussion:

He’s even based on a real man—Samuel Wilson, who’s still a source of hometown pride in Troy, N.Y. where he’s buried. https://t.co/MNCUceD5Tv pic.twitter.com/Ip4y9xScjh

Politico has already asked their readers to submit new renditions of Uncle Sam, and apparently they received a good response:

So what’s next for Uncle Sam? Well, that’s up to you. We asked readers to submit their new visions for the old icon – and you all delivered. https://t.co/4szSUSGvPr pic.twitter.com/ayrrbp9W4o

We can see in this tweet from a Politico video producer that they have a contempt for a certain U.S. demographic:

Check out this amazing interactive experience by our team at @politico – Do you think Uncle Sam (another old, white guy) should be an icon to represent the United States?

If you aren’t taking this whole thing about changing Uncle Sam seriously enough, remember all the statues that have been torn down, and all the movie heroes that have been revamped for politically correct reasons that have gone on to ruin the characters and stories from your childhood.

If you are not liking this idea to change Uncle Sam to be more “inclusive,” you are not alone. There are plenty of patriots on Twitter letting everyone know they don’t like this idea at all:

Great job @politico for finding another American icon we can start a culture war about.

This is what keeps me up at not during a pandemic! 🤗https://t.co/tq89G7aazp

Since nobody owns the Uncle Sam character, the woke mob may have a harder time cancelling this icon.

If you want to join the discussion on social media to help keep the marxists away from Uncle Sam, be sure to use the hash tag #SaveUncleSam.