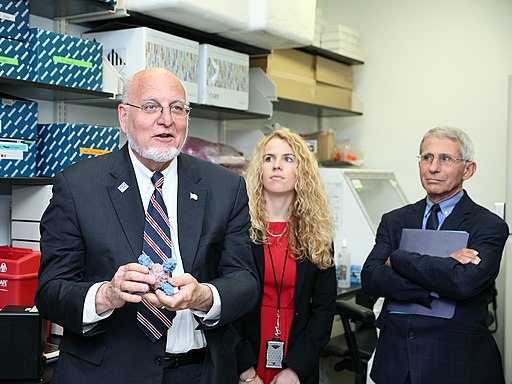 His name is Dr. Robert Redfield, and he’s not afraid to speak his mind.

That’s exactly what the former Director of the Centers for Disease Control did recently on CNN while being interviewed by another doctor – Sanjay Gupta.

During the conversation that will be airing March 28th, Redfield – a professional and highly trained Virologist – shocked Gupta while discussing the coronavirus. Gupta squirms in his chair as Redfield says this:

“Now, I am of the point of view that I still think the most likely etiology of this pathogen in Wuhan was from a laboratory, escaped. The other people don’t believe that. That’s fine. Science will eventually figure it out. It’s not unusual for respiratory pathogens that are being worked on in a laboratory to infect the laboratory worker.

If I was to guess, this virus started transmitting somewhere in September, October in Wuhan. That’s my own feelings […] I do not believe this somehow came from a bat to a human, and at that moment in time, the virus came to the human, became one of the most infectious viruses we know in humanity for human-to-human transmission.

Here’s a clip, courtesy of The National Pulse on Rumble:

As this is breaking, here are some reactions from Twitter:

The interview with Dr. Redfield is just one of six interviews that CNN is producing for a 2-hour special called “COVID War.” Don’t expect a balanced, impartial production based on the title alone.

Where do you think COVID-19 originally came from? Share your thoughts in the comments.