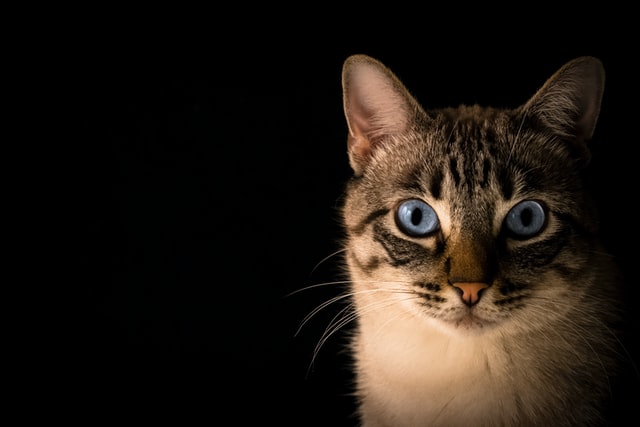 A man living in Cambridge, Mass was arrested and charged for torturing and killing cats. Rasha Gober, 31, was apparently luring cats to his home to torture and kill them. Gober was outspoken on social media about racism and his hatred of the police.

A repair man, David Pertrillo, saw evidence of traps laid out in Gober’s home and alerted the police.

David Petrillo, a maintenance worker who was called to fix a washing machine in the basement of Gober’s home, helped crack the investigation after he spotted bag of cat food and BB gun pellets on the ground. Petrillo says he grew more suspicious when he noticed sticky traps outside the home, along with a camera and wire.

“There was cat food placed near them because he was trying lure them and stick them on the trap,” Petrillo said. “Then see it on the camera and come down and get them.”

This is absolutely disgusting. Hurting animals for fun is a sign of mental disorders like psychopathy, and is very common in future serial killers.

The people of Massachusetts are lucky this horrible man was caught before his “hobby” upgraded to humans.

The things he put these poor cats through are horrifying. This is a man who hated the police, perhaps because he didn’t want to get caught for his insane actions.

On Thursday, May 6, a Cambridge animal control officer responded to a call about an animal crying underneath a car and found that a cat, whose hind legs were bound with masking tape, had already died, according to a statement issued by the Cambridge Police Department, the City of Cambridge Animal Commission and the MSPCA Law Enforcement Division.

A necropsy showed that a large percentage of “Gosha’s” fur was missing, and the cat suffered multiple BB gunshot wounds across its face and body. During an investigation into the May 6 animal cruelty case, two additional, past cat cruelty cases in East Cambridge were brought to the attention of the Cambridge Police Department, Animal Commission and the MSPCA.

This man was constantly searching up new ways to harm cats. He even seemed to realize that what he was doing was wrong. Instead of seeking help, he continued to harm and kill animals. He also found time tweeting out things like this to the local police department:

Cring about racism while he tortured cats in his basement. Is this the kind of man that BLM wants to represent them?