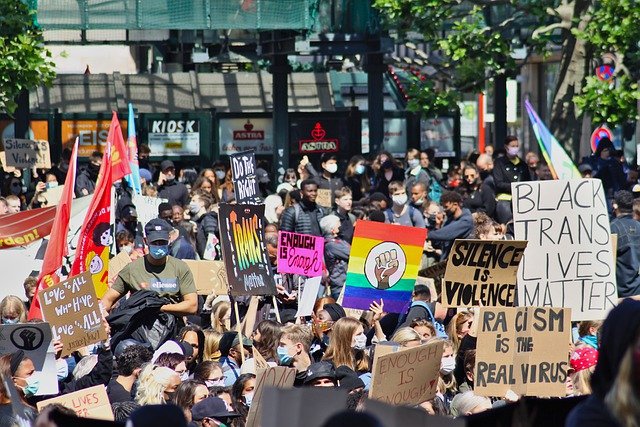 BLM activists are at it again. Even though they got what they wanted with Derek Chauvin’s verdict, they don’t know how to calm down. Now they’ve taken over an intersection in the Democrat-run city, calling it “George Floyd Square.”

A sign has been posted, asking white people to watch their “volume, pace, and movements.” It reminds everyone that white people are only there “to support, not to be supported.”

Read it yourself in this tweet posted by Matt Finn:

The space is there for everyone to “connect and grieve” or so the sign claims. Then it goes on to tell white people to keep their “processing to other white folks.” Liberal hypocrisy, as usual.

Twitter shows that plenty of people aren’t happy and they’re sharing their reactions.

Not the kind of support these activists were hoping for, I bet!

If the Dem mayor, Jacob Frey, had any sense he would have this occupation shut down by now. We’ve seen how long they will allow these things to go on, though, so I won’t be holding my breath.