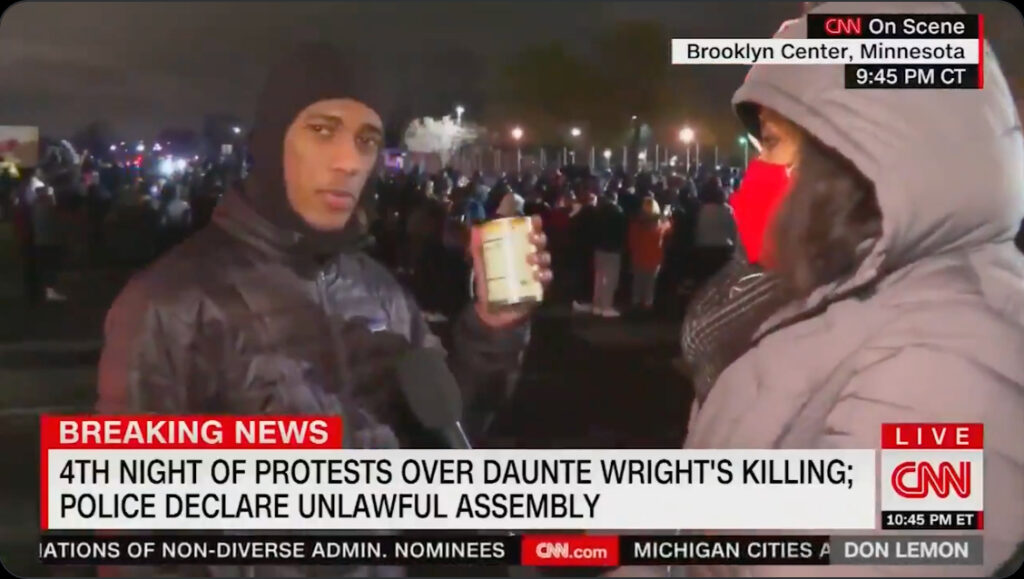 Last summer, President Trump told us that protesters were carrying cans of soup to throw at police officers. He explained that cans of soup were easier to carry and throw than bricks.

Trump also explained that the cans of soup gave protesters plausible deniability. If asked about the soup, they would just say, “It’s soup for my family.”

As you can imagine, the mainstream media had a field day and mocked Trump thoroughly for what he’d said.

But a clip from CNN, recorded live in Minneapolis leading up to the Derek Chauvin verdicts, revealed that Trump was actually 100% correct!

You’ll have to see this to believe it…