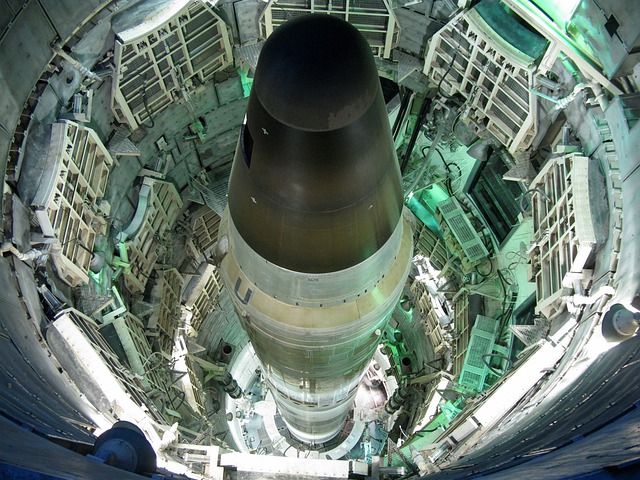 Remember, not too long ago, when foreign countries that were hostile to America were, frankly, too scared to actually do anything about their hatred of us?

Yes, that was the reality just a few months ago, but, now, with the election of Joe Biden and his weak image on the world stage (backed up by his weakness in standing up to bullies in general), nations that complied peacefully with the U.S. out of fear are now flexing their muscles and making veiled threats against the U.S.

Today’s example: Iran. From a report by The Epoch Times:

Iran began enriching uranium to 60 percent purity in order to show its technical capacity after a sabotage attack at a nuclear plant, and the move is quickly reversible if the United States lifts sanctions, the Iranian government said on Tuesday.

Talks in Vienna aimed at bringing the United States and Iran back to full compliance with a 2015 nuclear deal have been further complicated by an explosion at Iran’s main uranium enrichment facility at Natanz.

Iran has responded by saying it is enriching uranium to 60 percent fissile purity, a big step towards weapons-grade from the 20 percent it had previously achieved. The 2015 pact between Iran and world powers had capped the level of enrichment purity at 3.67 percent—suitable for generating civilian nuclear energy. Iran denies seeking a nuclear weapon.

Now, some on the left will say, “Iran said they aren’t trying to make nukes!” But let’s be realistic here. Why would Iran tell the world that they can enrich uranium to weapons grade quality unless that is intended as a veiled threat to their political enemies?

It’s not the first time that Iran has made threats toward other countries. And, when Biden was in the White House previously as Vice President, their “solution” was to pay off the Iranians in gold.

I guess that extortion worked really well, didn’t it?

So, now we have a regime that is openly hostile and supporting of terrorism and war against those that they disagree with bragging that they can kill us all.

What do you think about Iran’s enrichment of uranium? Threat or no big deal? Tell us below.