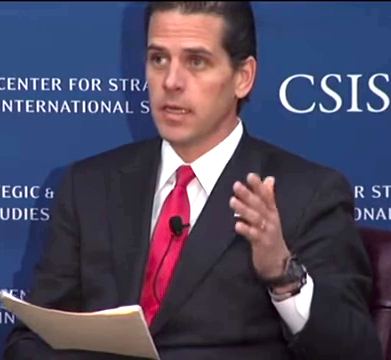 You can’t make this up.

Guess what subject Hunter is teaching?

LOL – what a time to be alive.

He’s no journalist. But his resume sounds like a good fit for teaching “fake news.”

Hunter Biden is a Yale-educated lawyer and has profited from his father’s political connections his entire adult life but he has never worked as a reporter.

“Virtually all the jobs listed on Hunter’s resume going back to his first position out of college, which paid a six-figure salary, came courtesy of Joe Biden’s donors, lobbyists and allies,” a RealClearInvestigations examination found.

Tulane confirmed the list of guest speakers to Daily Mail and its group of far-left hacks from NY Times, WaPo, CNN and others:

According to the syllabus, the 10-week course titled “Media Polarization and Public Policy Impacts” will discuss the political polarization in the news media.

Now that’s a list of truth tellers right there. This looks like a fantastic course for America’s youth. That will be tuition money well spent, I’m sure.