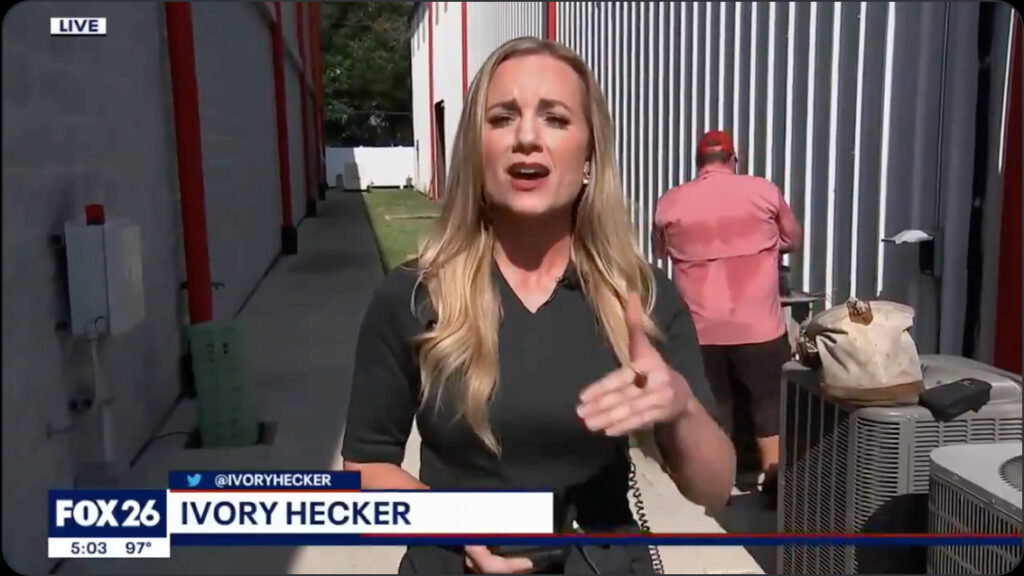 It looks like censorship isn’t just for the liberal media.

But here’s the good news. A growing number of reporters are fighting back against “mushroom journalism.” That’s where the media keeps you in the dark and feeds you BS.

On Monday, a Houston Fox 26 reporter dropped a bombshell on a live feed. Ivory Hecker revealed she will release recordings as proof the company “muzzled” her and other reporters.

“Muzzling” means reporters can’t tell the truth, or the real news. Instead, they’re forced to repeat the company line, no matter if it’s true.

“Fox 26 reporter Ivory Hecker is live in Montgomery County to take a look at that aspect.”

And it didn’t take long for this brave reporter to drop the truth bomb:

“Thanks, guys. That’s right. Before we get to that story I want to let you, the viewers, know that Fox Corp. has been muzzling me to keep certain information from you, the viewers, and from what I am gathering I am not the only reporter being subjected to this. I am going to be releasing some recordings about what goes on behind the scenes at Fox because it applies to you, the viewers.

“I found a nonprofit journalism group called Project Veritas that’s going to help put that out tomorrow, so tune into them, but as for this heat wave across Texas, you can see what it’s doing to AC units.“

Project Veritas is a media watchdog group, famous for winning lawsuits against media outlets. Earlier this year, it won an early round in a defamation lawsuit against The New York Times. It also revealed video of a CNN tech director, who openly discussed his network’s propaganda.

And it released video of Facebook execs who warned employees they’ll be found and fired if they released information.

In other words, Project Veritas is doing the media’s job for them. James O’Keefe – the founder of the group – targets mainly Democrats, but also some Republicans.

O’Keefe’s work led to the January 2021 indictment of a San Antonio, Texas GOP activist named Rachel Rodriguez. She was caught on video engaged in vote harvesting and other activities that are considered a felony in Texas. This was in the fall of 2020, in the weeks before the election.

It’s obvious that Fox News is more liberal than it used to be. And that it’s not a reliable source of news anymore.

Ronald Reagan’s advice about dealing with the Soviets and treaties also applies to Americans and “news” outlets:

You can’t blindly trust any media outlet because you ‘thought’ they were credible or conservative.

Props to Ivory Hecker for speaking and standing up for the truth.

UPDATE: Hecker has been suspended from Fox News. Here’s a recording of the phone call she received.