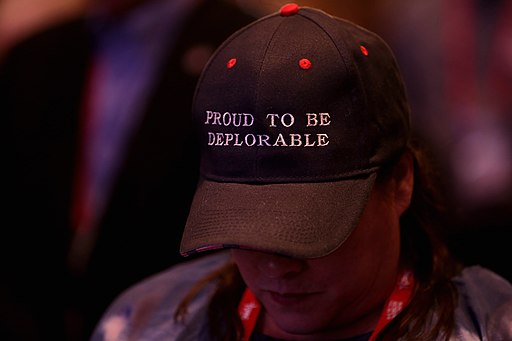 Both men have become prominent figures in the America First movement, as they have proven their dedication and loyalty.

Flynn and Stone were both targeted during the “Russian collusion” hoax, and paid a price.

Now, they are rock stars in the MAGA movement.

The MAGA movement lives on.

Roughly 500 to 1,000 people came out for the event, which was organized by Trump Train Manatee in a parking lot at the DeSoto Square Mall, a staging point for Trump Train events before the election.

Rally organizers and speakers said they want to keep Trump’s supporters engaged. Both Flynn and Stone drove home that point.

“There’s no more just sitting around and talking,” Flynn said. “You have to now stand and do!”

Stone told the crowd that they may have lost the battle, but not the war.

“This is a fight between good and evil,” Stone said, adding: “There is a path forward.”

Beloved by many Trump fans who believe they were treated unfairly by the government, and infamous in other circles as two of the most controversial figures of the Trump era, Flynn and Stone were given a warm welcome by the Bradenton crowd.

A “Fight like a Flynn” flag waved over the crowd Saturday and people chanted the slogan when he was done speaking. The crowd swarmed Flynn for autographs before and after his speech.

“We have to stop complaining and we have to get involved,” Flynn said, calling for more rallies like the one in Bradenton across the nation and engagement in politics at the local level.

Flynn invoked the American Revolution, the Civil War and both world wars to say the current moment in American politics is unprecedented.

Stone had strong words for the MAGA crowd as well:

Stone highlighted a series of issues that he said Trump supporters need to engage on, including pushing back against tech companies that have banned Trump and other users for inflammatory comments, changing election laws to “guarantee that future elections are honest” and driving “the feckless, gutless, spineless, white-wine swilling RINO Republicans out of the Republican Party.”

The MAGA movement will isn’t going anywhere, and if it turns that Donald Trump decides not to run again, Roger Stone said General Flynn should run for POTUS.

I was unable to find any video footage of this event. If you happen to know where some is located, please drop a link in the comments. Thank you.