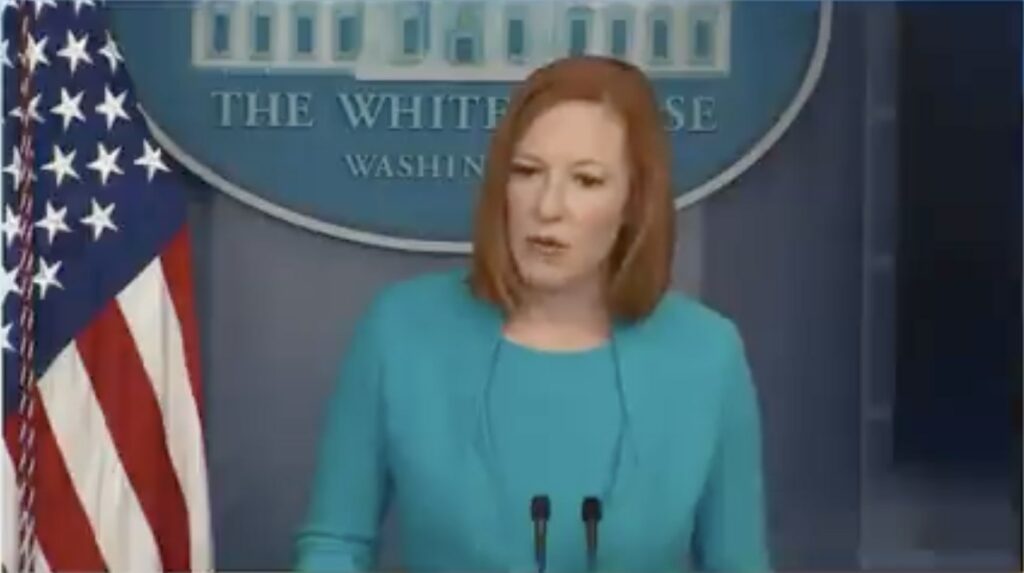 Biden’s White House just admitted to a huge violation of our civil rights. Press Sec Jen Psaki revealed that the White House is working with Facebook to censor posts.

The White House is actually instructing Big Tech on which posts to remove because they’re “problematic.” It was not explained exactly why the Biden Administration thinks they have the right to violate the First Amendment.

Congress shall make no law respecting an establishment of religion, or prohibiting the free exercise thereof; or abridging the freedom of speech, or of the press; or the right of the people peaceably to assemble, and to petition the Government for a redress of grievances.

Facebook’s old defense about being a private company no longer works when they’re taking direction from the White House. They’re a public platform at this point and they need to be acting like one.

This isn’t the way America operates. We don’t censor information because we don’t like it. We put out all the facts and let the people decide how they want to live their own lives.

The Biden Administration is straight out of 1984. They have no right to take away our free speech. This needs to stop immediately.