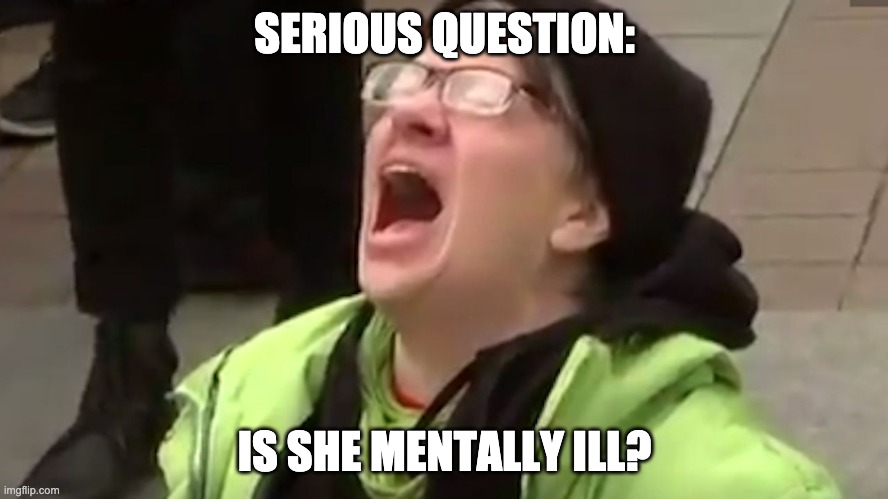 Conservatives often joke that liberalism is a disease. But a 2020 study conducted by Pew Research suggests that that may actually be closer to the truth than anybody seriously considered.

The study, which examined white liberals, moderates, and conservatives, both male and female, found that conservatives were far less likely to be diagnosed with mental health issues than those who identified as either liberal or even “very liberal.” What’s more, white women suffered the worst of all. White women, ages 18-29, who identified as liberal were given a mental health diagnosis from medical professionals at a rate of 56.3%, as compared to 28.4% in moderates and 27.3% in conservatives.

The Pew Research didn’t get much attention until doctoral candidate Zach Goldberg analyzed the data and publicized what it revealed.

So what does it actually mean that more than 50% of liberal, white women under 30 have a mental illness?

Difficult questions to answer, and probably best left to the experts.

Elizabeth Condra speculates as to why young white women are so disproportionately affected by mental illness:

We know that building resiliency against hardship is the best weapon against depression and anxiety, yet progressive ideology forces its followers to wallow in feelings of helplessness and victimhood. Instead of empowering women and minorities with self-knowledge, strength of character, and resilience to hardship, progressivism encourages victims to stay in a place of fear and helplessness.

At the very least, liberalism is encouraging beliefs and behaviors that exacerbate mental illness.

In light of the connection between liberalism and mental illness, we may need to reevaluate classic political memes like this one…

But we do know one thing: Many young liberal women need help. For real.