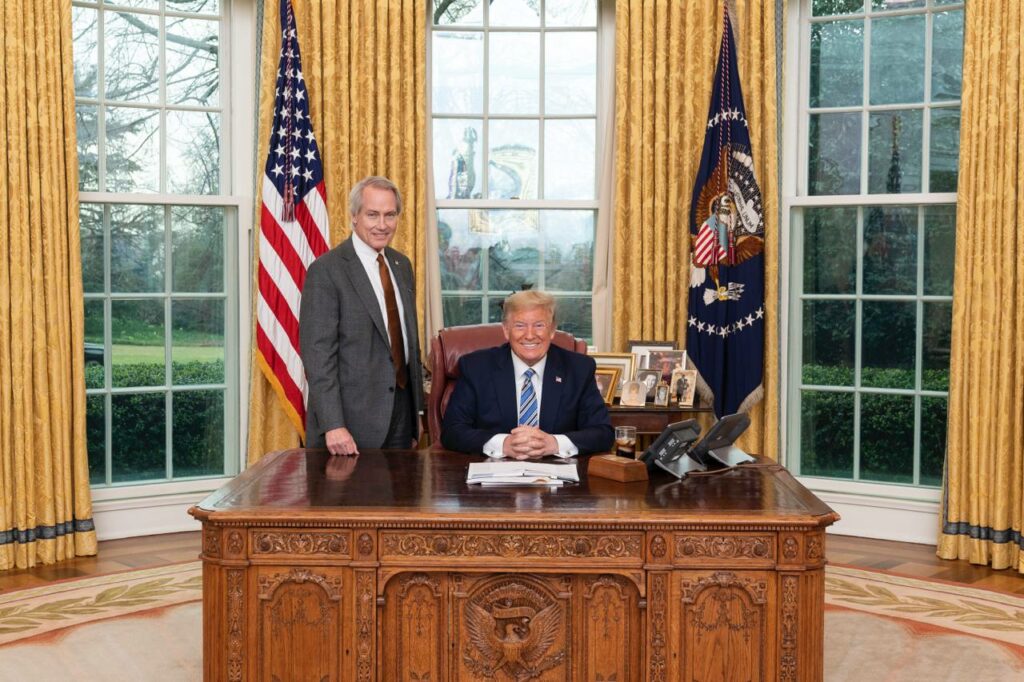 On Wednesday, April 28, Attorney Lin Wood shared a sequence of photos in which he claimed he was searching for Joe Biden.

Wood begins his “Where’s Biden?” search by saying, “I did not find Joey ‘Bribes’ Bandito in this room. Where is Joey?”

“I waited in this room for several minutes but still no Joey.”

“No Joey here either.”

“Got a bit lonely waiting in this room for Joey so my Executive Assistant stopped by to keep me company. Still no Joey in the house.”

“My incredibly efficient Executive Assistant agreed to wait here in case Joey shows. I left to search other areas of the house for him.”

“Not sure if I can find Joey in the house so I thought I would check outside.”

“No Joey in sight. One more room to check. Wow. I thought I might find Joey in the China room making an illegal deal for himself. But nope. No Joey.”

“Could he be in THAT office??? I don’t [think] he can legally be there but I will check before I leave. I was right. No Joey in the Oval Office. But I did run into our President of the United States. President Trump is hanging out and working in the office in which we re-elected him to serve in a historic landslide victory on November 3, 2020.”

You can tell Wood is having a bit of fun with his audience. Many have speculated based on photographic and videographic anomalies that Biden is not actually at the White House, and that he is using the replica White House made by Castle Rock Studio.

For his final frame, Wood took it one step further…

“I was going to swing by Castle Rock Studio to search for Joey but GhostEzra suggested I head to this location. Is Ghost trying to tell me something???”

On November 6, 2020, Tucker Carlson claimed that “it’s becoming ever more clear that there is no Joe Biden, he no longer exists, and that a projection remains, a hologram.”

Trump is also on record in multiple videos claiming Joe Biden is “shot.” For example, on August 17, 2020 Trump said, “Joe is shot, let’s face it. Joe is shot.”

In at least one instance, Trump used his hand to make the shape of a gun and pointed toward his head while saying this. Some take this to mean that Biden was executed for treason in early 2019 and replaced by an actor.

Regardless of what the truth is, it’s fun to speculate about what’s really going on right now. And we happily join Lin Wood in asking, “Where is Joe Biden?”