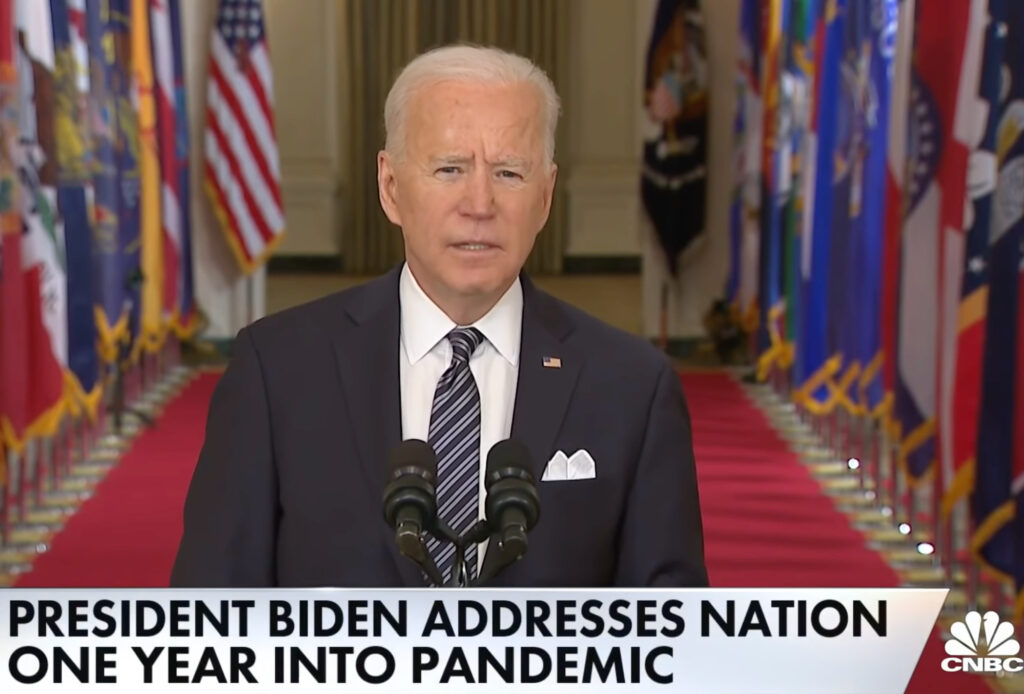 Joe Biden’s first speech before the nation happened last night, March 11, 2021. It was the one-year anniversary of the COVID-19 lockdowns.

Biden stood at a podium with a long red carpet behind him. Two rows of flags lined the carpet on either side.

After watching the speech, some speculated whether it had been pre-recorded and aired at the appointed time.

Some claimed to notice cuts in the film that indicate editing. Others noted that there was no red “LIVE” indicator while the interview aired. Still others suggested the speech was recorded in front of a green screen and pointed to sudden changes in Biden’s voice and appearance as evidence.

Regardless of whether the speech was pre-recorded or not, it went over like a lead balloon among conservatives, especially the parts where Biden threatened Americans with more lockdowns, and suggested things might be back to normal by July 4th.

Jenna Ellis and Tucker Carlson were incensed by Biden’s statements. Check out their reactions below.

Oh, and one last thing…

Trump supporters continue to monitor all of Joe Biden’s public appearances and point out the truly massive disparity in popularity between Biden and Trump.

Even now, CNBC’s YouTube recording of Biden’s speech shows 241,523 views, 3.4K upvotes and 7.5K downvotes. And we’re supposed to believe Biden is the most popular president in history? M’kay…

Think about it. Trump is no longer president, yet his recent CPAC speech was wildly more popular than Biden’s first speech to the nation. And it’s not even close. What does that tell you?