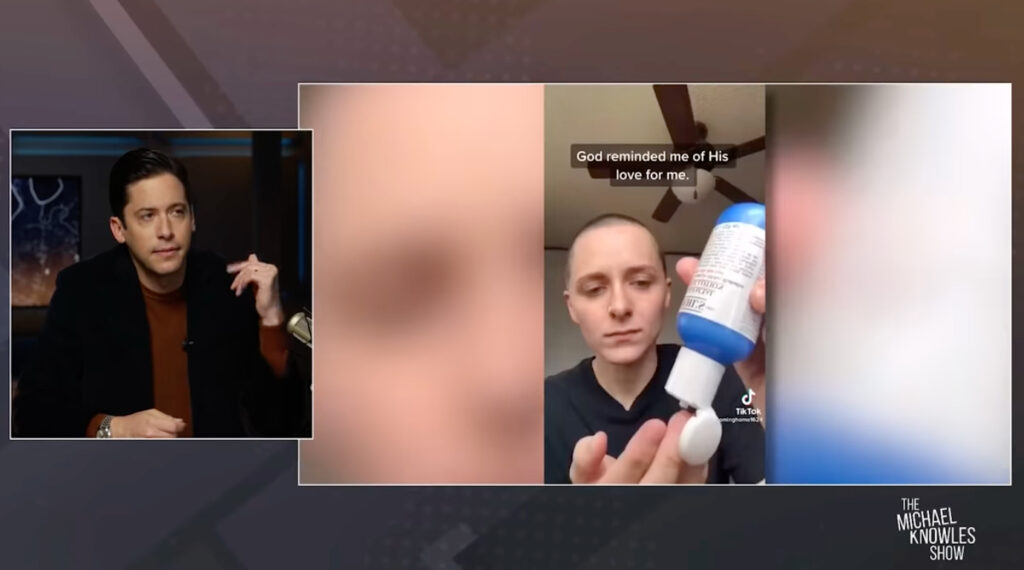 But the brainwashing liberal media thinks this is the only way to raise our children. People have been convinced that to tell our children anything less will result in suicidal youth.

The media and liberals all over the word now believe that to not tell children they might be the opposite gender is bigotry.

But what about the children who were pushed into this by their brainwashed and seriously insane liberal parents? Parents that have allowed their children to castrate themselves, get mastectomies, and take loads of hormone drugs.

Well now these children have grown up and have broken free from the brainwashing. Hundreds of them are now de-transitioning.

One young woman, formerly known as Matt, has chosen to stop taking her hormone pills that made her a “man” for three years.

Now known as Maddy, she has found God and is asking for Christian friends to help her through her detransition and her new relationship with God.

Watch her video below, and if you’d like to share some words of support, you can find her on TikTok under the username @cominghome1624.