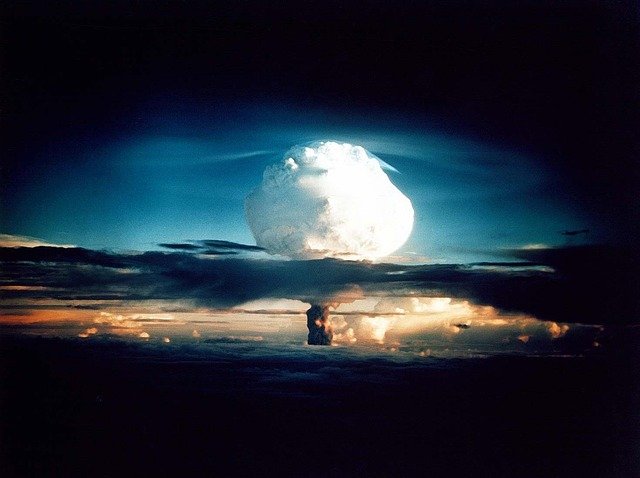 Last December, right before the run-off election in Georgia, The Washington Post published an explosive story alleging that Trump had called the state’s top elections investigator and told her to “find the fraud.”

Except Trump never said that.

The recently issued correction from The Washington Post says:

Correction: Two months after publication of this story, the Georgia secretary of state released an audio recording of President Donald Trump’s December phone call with the state’s top elections investigator. The recording revealed that The Post misquoted Trump’s comments on the call, based on information provided by a source. Trump did not tell the investigator to ‘find the fraud’ or say she would be ‘a national hero’ if she did so,” the outlet noted. “Instead, Trump urged the investigator to scrutinize ballots in Fulton County, Ga., asserting she would find ‘dishonesty’ there. He also told her that she had ‘the most important job in the country right now.’ A story about the recording can be found here. The headline and text of this story have been corrected to remove quotes misattributed to Trump.

The WaPo correction glosses over a few important details.

The Georgia Secretary of State secretly recorded Trump’s call, then reported what Trump allegedly said to The Washington Post. But the call recording was deleted so Trump’s statements could not be verified.

Apparently, the recording wasn’t fully deleted. It was recently discovered in a laptop “trash” folder. The recording of the call has now vindicated Trump.

Given The Washington Post‘s long list of journalistic malfeasance, it makes one wonder if they were complicit in misrepresenting what Trump said.

At the very least, it appears Georgia’s Secretary of State office deliberately misrepresented the truth in an attempt to smear Trump and provide fodder for impeachment proceedings.

Unfortunately, corrections and retractions rarely get the same coverage as the inital fake news. So we’re doing our part to help correct this. 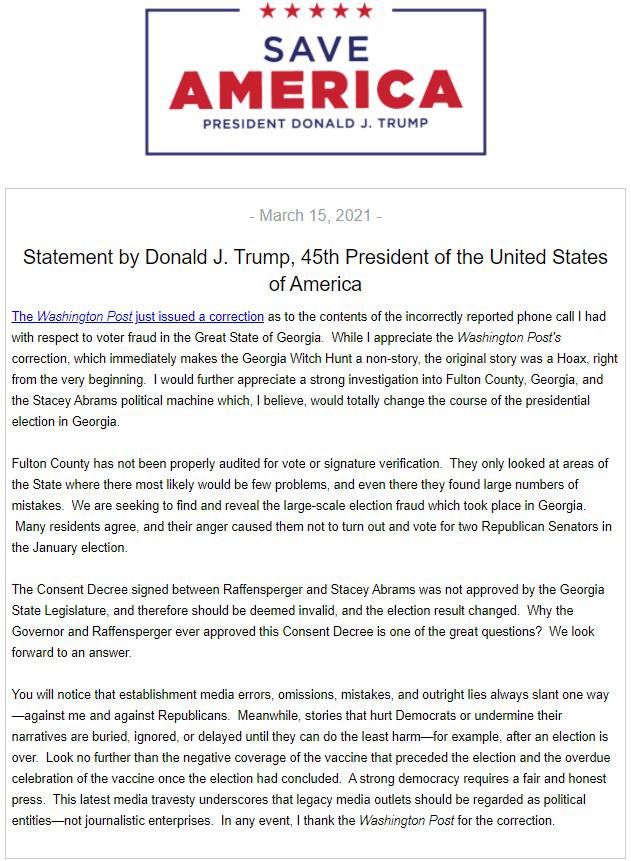 The Washington Post just issued a correction as to the contents of the incorrectly reported phone call I had with respect to voter fraud in the Great State of Georgia. While I appreciate the Washington Post’s correction, which immediately makes the Georgia Witch Hunt a non-story, the original story was a Hoax, right from the very beginning. I would further appreciate a strong investigation into Fulton County, Georgia, and the Stacey Abrams political machine which, I believe, would totally change the course of the presidential election in Georgia.

Fulton County has not been properly audited for vote or signature verification. They only looked at areas of the State where there mostly likely would be few problems, and even there thye found large numbers of mistakes. We are seeking to find and reveal the large-scale election fraud which took place in Georgia. Many residents agree, and their anger caused them not to turn out and vote for two Republican Senators in the January election.

The Consent Decree signed between Raffensperger and Stacy Abrams was not approved by the Georgia State Legislature, and therefore should be deemed invalid, and the election result changed. Why the Governor and Raffensperger ever approved this Consent Decree is one of the great questions? We look forward to an answer.

You will notice that establishment media errors, omissions, mistakes, and outright lies always slant one way—against me and against Republicans. Meanwhile, stories that hurt Democrats or undermine their narratives are buried, ignored, or delayed until they can do the least harm—for example, after an election is over. Look no further than the negative coverage of the vaccine that preceded the election and the overdue celebration of the vaccine once the election had concluded. A strong democracy requires a fair and honest press. This latest media travesty underscores that legacy media outlets should be regarded as political entities—not journalistic enterprises. In any event, I thank the Washington Post for the correction.

On Telegram, attorney Lin Wood commented on the situation, saying:

Georgia Secretary of State Brad Raffensperger has a lot of splainin’ to do.

So does Georgia Deputy Secretary of State Jordy Fuchs.

So does the propaganda media.

But we already knew that to be the case, didn’t we?

Every lie will be revealed.

How do you feel about WaPo’s correction and what looks like a coordinated disinformation campaign to smear Trump? Leave a comment below with your thoughts.