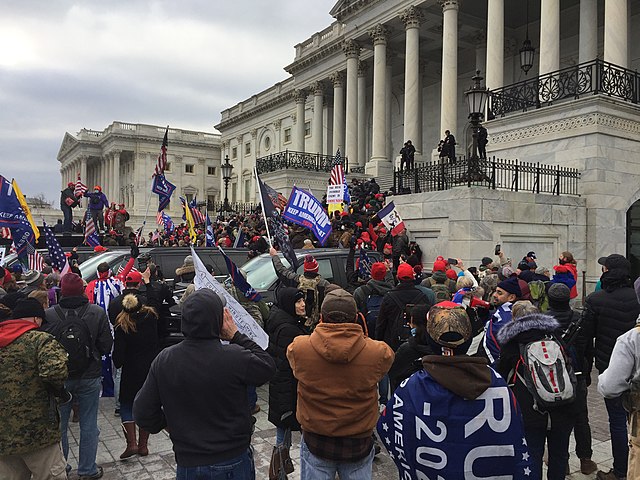 Progressive fish wrap like the NY Times do this all the time.

They report something false as truth for days or weeks, then come out with a retraction.

They did it once again with the Jan. 6 Capitol protest story.

However, the New York Times surprisingly came out and admitted something huge:

The New York Times has just confirmed what many of us have already figured out.

In a new report, the New York Times stated that Capitol Police were told to ‘stand down’ during the January 6th riot at the Capitol.

According to a 104-page document obtained by investigators, leaders were warned of the ‘pre-planned violence but instead of being pro-active officers were just told to stand down and allow the riot to happen.

Congress was even warned about the pre-planned attack according to now-resigned Capitol Police Chief Steven Sund.

You may recall seeing several different videos being passed around showing police officers letting people inside the Capitol building.

Now we know why – security was indeed told to let the protestors come inside so the Democrats could demonize Trump, his supporters, and the GOP.

From the NY Times:

The Capitol Police had clearer advance warnings about the Jan. 6 attack than were previously known, including the potential for violence in which “Congress itself is the target.” But officers were instructed by their leaders not to use their most aggressive tactics to hold off the mob, according to a scathing new report by the agency’s internal investigator.

In a 104-page document, the inspector general, Michael A. Bolton, criticized the way the Capitol Police prepared for and responded to the mob violence on Jan. 6. The report was reviewed by The New York Times and will be the subject of a Capitol Hill hearing on Thursday.

Mr. Bolton found that the agency’s leaders failed to adequately prepare despite explicit warnings that pro-Trump extremists posed a threat to law enforcement and civilians and that the police used defective protective equipment. He also found that the leaders ordered their Civil Disturbance Unit to refrain from using its most powerful crowd-control tools — like stun grenades — to put down the onslaught.

The report offers the most devastating account to date of the lapses and miscalculations around the most violent attack on the Capitol in two centuries.

This blog breaks it down well:

The New York Times has finally confirmed what many political observers had been saying all along about the Capitol riots: It was pre-planned, the Capitol Police knew it was coming, and authorities effectively gave a ‘stand down’ order.

A new 104-page report dropped by an internal investigator shreds authorities for intentionally hampering the police response on what has subsequently been claimed was a “coup,” an “insurrection,” and an attempt to “overturn” the results of the 2020 election.

The Inspector General of the Capitol Police laid bare all of the disturbing issues involved with the way the January 6th Electoral College security was mishandled.

“A new report by the Capitol Police’s internal watchdog found that department leaders overlooked key intelligence in the run-up to the riot on Jan. 6, including a warning that ‘Congress itself is the target,’ and barred the force’s riot response unit from using its most powerful crowd-control measures,” the New York Times reported.

Many people still believe the lies the media first pounded into America’s consciousness on Jan. 6 and for weeks afterwards. Be sure to share this news with anyone you know who still insists the deplorables “stormed” the Capitol building and ran roughshod over security into the facility.

That’s not how things went down. The New York Times finally admits this.