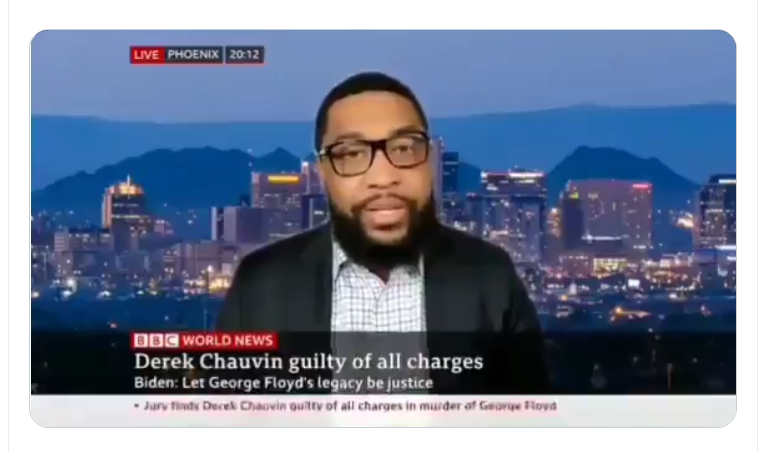 Unless you’ve been living in a cave for the last few years (and I mean that quite literally), you have been bombarded with the accusation that America is founded on a base of systemic racism. What people saying that mean, of course, is that racism is through and through American culture. They also mean that all white people are racist by nature and complicit in maintaining that systemic racism in America that supposedly gives them the advantage and control of the country.

The nicest thing that you can say about that whole argument is that it is a bunch of garbage.

It’s truly a beautiful thing to see, so the tweets which include video are below.

Did you hear that? Tatam flat out called Biden an idiot and called out Biden for delivering the eulogy at the funeral of a member of the KKK, Senator Robert Byrd (who, incidentally, Hillary Clinton called her mentor)!

And not only does he call out Biden, he absolutely demolishes claims of systemic racism by police officers with real data and facts. Utterly fantastic!

This man has no fear, and good for him! He is calling it the way it is by saying that politicians like Biden “are riding a wave of dead black people in order to make money and to get political leverage.”

And how can leftists like Biden, Harris, Pelosi, and company argue with Tatum? He’s black, and he’s a former Tucson police officer. The man knows what he’s talking about from both sides of the systemic racism narrative. He’s perfectly positioned to call leftists out on their racism nonsense, and he does it.

Share this with all of your leftist friends and let them hear the truth about systemic racism in America: that it’s made up by those who want power and wealth at our expense.

What do you think about Brandon Tatum’s comments? Tell us below.