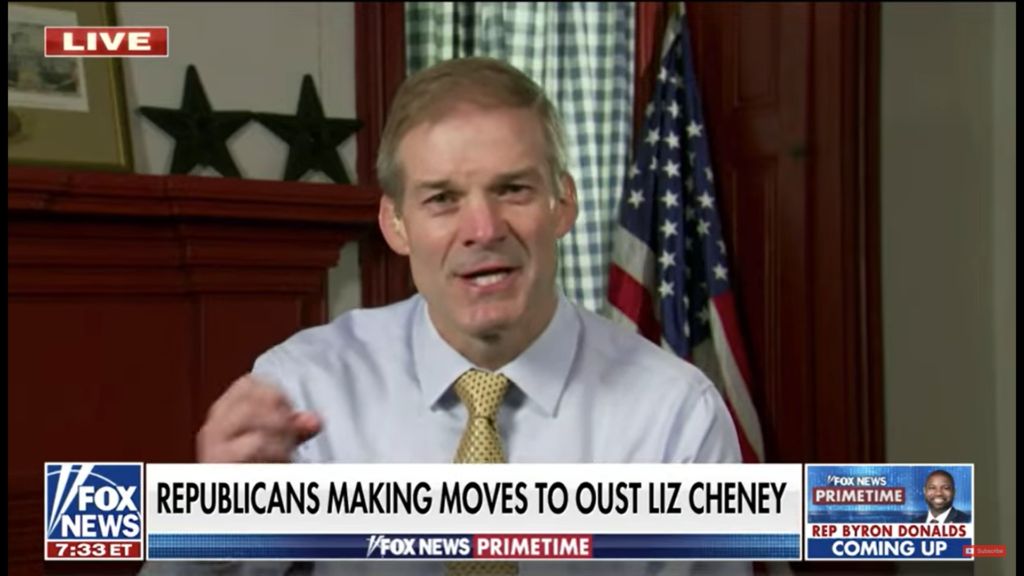 Rep. Jim Jordan has claimed that “the votes are there” to remove Liz Cheney from her leadership role in the GOP.

You can watch Jordan say it here:

This is a great start, but Cheney is not the only RINO in the House…

She should have been removed months ago but Kevin McCarthy was too weak to remove her as the third-ranked Republican in the House of Representatives.

Maybe Kevin McCarthy will force members to make their vote public this time so their constituents can see who they support? President Trump or Liz Cheney?

Better yet, maybe Republicans will vote McCarthy out while they’re at it. McCarthy needs to get ousted along with Liz.

This comes after it was revealed McCarthy rents a room from RINO pollster Frank Luntz.