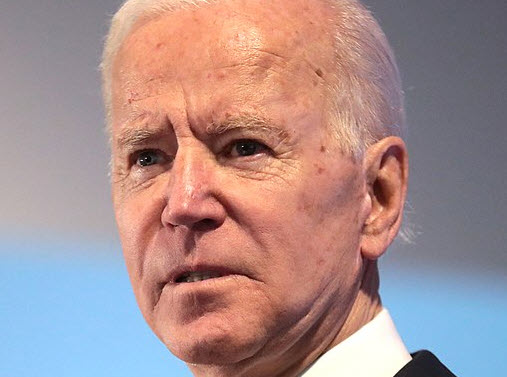 The American people are becoming increasingly aware with each passing day that something is not right with Joe Biden.

The public gaffes and brain farts are getting to be more frequent (we will take a look at that in a moment.)

But first, let’s look at how Biden’s mental decline is making history–not in a good way.

Okay, point number three may not be a clear sign of dementia. But allowing all illegal immigrants to cross the border without health checks doesn’t seem like a smart policy.

Many Americans are getting increasingly concerned about who is running the country. They have a hard time believing someone appearing frail and mentally slow is capable of running America on their own.

In this example, Biden was on a live stream through the White House website, speaking to a Democratic Party Caucus.

At the end of laboriously reading a telepromter, Biden says, “I’m happy to take questions if that’s what I’m supposed to do, Nance. Whatever you want me to do.”

The handlers quietly (and awkwardly) shut down the live stream:

In this clip, Biden’s handlers continue to keep a tight reign on his communications–making a point to keep him away from unscripted questions.

Sadly, Biden has a hard enough time reading a script.

Here he is delivering remarks on the American Rescue Plan (do we need a Biden rescue plan?):

In this video, former White House Press Secretary Kayleigh McEnany is the one who pointed the unprecedented historical delay in Joe Biden’s first 46 days without a press conference.

She also said this: “You’ll recall… the ‘basement strategy’ is what he employed on the campaign trail,” she told host Stuart Varney, referring to then-candidate Biden doing press from his basement. “He went something like 50 days and he only took questions twice. And when he did, they were hand-picked questions.”

“I think his staff does not have faith that he can stand at the podium and have a press conference the way President Trump did many times,” she said.

On Twitter, some blue checkmarks are tweeting about Biden’s gaffes and dementia symptoms: