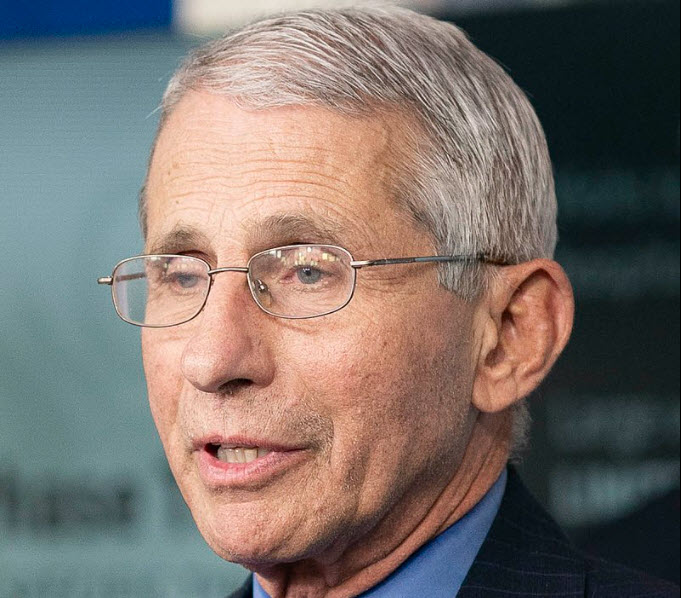 Donald Trump is going to blow a gasket when he hears about this.

Operation Warp Speed, which brought a working vaccine to the public in a matter of months rather than years, is one of President Trump’s most impressive accomplishments. No one can dispute how much this operation depended on Trump to succeed.

Now, the director of the National Institute of Allergy and Infectious Diseases is attempting to rewrite history with the help of his buddies at CNN.

That’s where Fauci made his outrageous new claim that HE was the mastermind behind Operation Warp Speed that brought a working vaccine to the American people in record time.

In fact, as he attempts to rewrite history, Fauci is not using the phrase “Operation Warp Speed.”

CNN is producing a special on the U.S. pandemic response. Early promotional clips from CNN show Fauci saying this:

“When I saw what happened in New York City, almost over-running of our healthcare systems, and that’s when it became very clear that the decision we made on January 10 to go all out and develop an vaccine, may have been the best decision that I’ve ever made with regard to intervention as the director of the institute.”

Facui’s remarks seemed to gloss over the key role played by pharmaceutical companies and Operation Warp Speed – the Trump administration’s program to manufacture, test and deliver vaccines to the public in record time.

Trump, who has frequently expressed frustration with Fauci publicly, touts Operation Warp Speed as a key achievement of his presidency, and says he pushed the program forward even when Fauci was dismissive of it.

In a formal statement earlier this month, Trump said, “I hope everyone remembers when they’re getting the COVID-19 (often referred to as the China Virus) Vaccine, that if I wasn’t president, you wouldn’t be getting that beautiful ‘shot’ for 5 years, at best, and probably wouldn’t be getting it at all.”

“I hope everyone remembers that!” he added.

Indeed, Trump has often accused Fauci of nay-saying, pointing to statements Fauci made early in the pandemic that vaccines typically take years to develop.

You Know Trump Will Be Furious About This

At the time this article was published, we do not have any comments from President Trump – yet. A response to Fauci’s claim will most likely be coming soon. Trump isn’t active on social media right now. Perhaps he will respond on FOX News or maybe crash another wedding and give his comments there?

Wherever it is – I’m sure Trump’s response will be EPIC! You know he’s going to explode at this nonsense!

What do you think Trump will say to Fauci’s revisionist history on Operation Warp Speed?