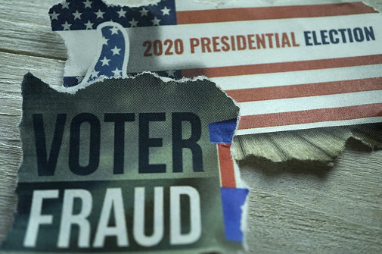 According to non-brainwashed scientists, the delta variant doesn’t even exist.

But hey, why should we listen to virologists when we could listen to Hollywood celebrities instead?

Then there are the people who believe the Delta variant is a coverup for the vaccine not working.

But over here at BuzzAmerica, we have another theory.

What if the Delta variant is a coverup to suppress the election audits? We all know Trump won. So do the democrats who rigged the election.

It wouldn’t be a crazy theory. Fauci already admitted to it once.

The people in control knew we were close to getting those audit results, so what if they created fear around a “new variant” to potentially shut us down, including election audit centers?

What if they created fear around a new variant so the news about the election being overturned never gets released?