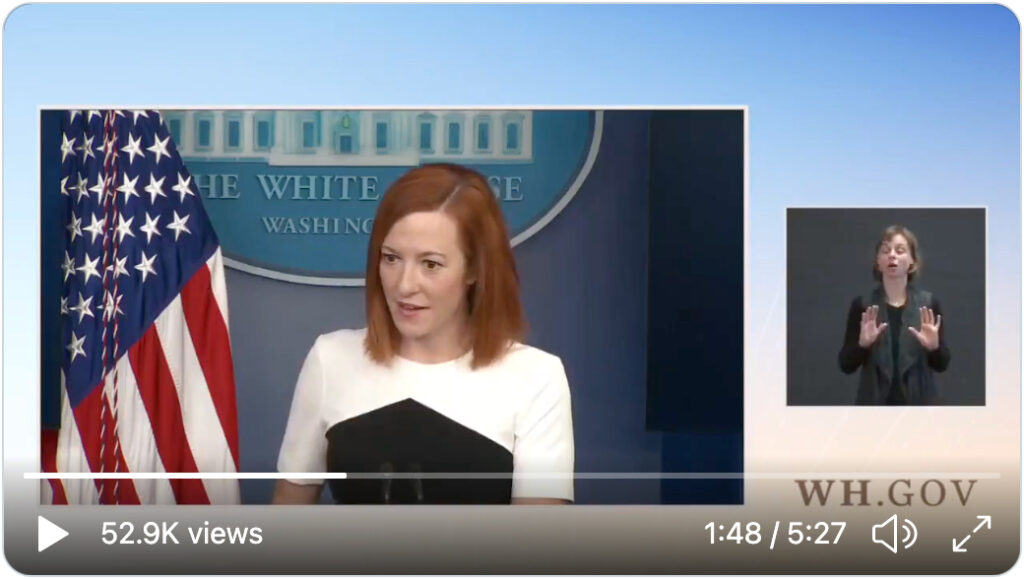 White House Press Secretary Jen Psaki became visibly annoyed on Tuesday when Peter Doocy asked why her why Biden was opening up new “cages” for children at the border.

Watch the video and see for yourself.

When Trump used the same facility, the media attacked him relentlessly, claiming he was locking kids in cages. Now the Biden administration is doing the same thing.

Kudos to Doocy for pointing out the blatant hypocrisy of the left and pushing back when Psaki tried to dodge his question.

“So it’s a temporary reopening during COVID-19,” Psaki said. “Our intention is very much to close it, but we want to ensure that we can follow COVID protocols, as unaccompanied minors come into the United States.”

“But it’s the same facility that was open for a month in the Trump administration. Summer 2019, that is when Joe Biden said, under Trump, there have been horrifying scenes at the border of kids being kept in cages,” he said. “And Kamala Harris said, basically babies in cages is a human rights abuse being committed by the United States government. So how is this any different than that?”

“We very much feel that way. These are facilities, let me be clear here: One, there’s a pandemic going on,” she replied. “I’m sure you’re not suggesting that we have children right next to each other in ways that are not COVID safe, are you?”

“I’m suggesting that Kamala Harris said that this facility, putting people in this facility, was a human rights abuse committed by the United States government and Joe Biden said, under Trump there have been horrifying scenes at the border of kids being kept in cages,” Doocy said. “Now it’s not under Trump, it’s under Biden.”

“This is not kids being kept in cages,” Psaki responded. “This is kids, this is a facility that was opened, that’s going to follow the same standards as other HHS facilities, It is not a replication, certainly not, that’s never our intention of replicating the immigration policies of the past administration, but we are in a circumstance where we are not going to expel unaccompanied minors at the border, that would be inhumane. That is not what we are going to do here as an administration.”

After years of Trump’s press secretaries dealing with a hostile media, it’s kind of nice to watch Psaki squirm.