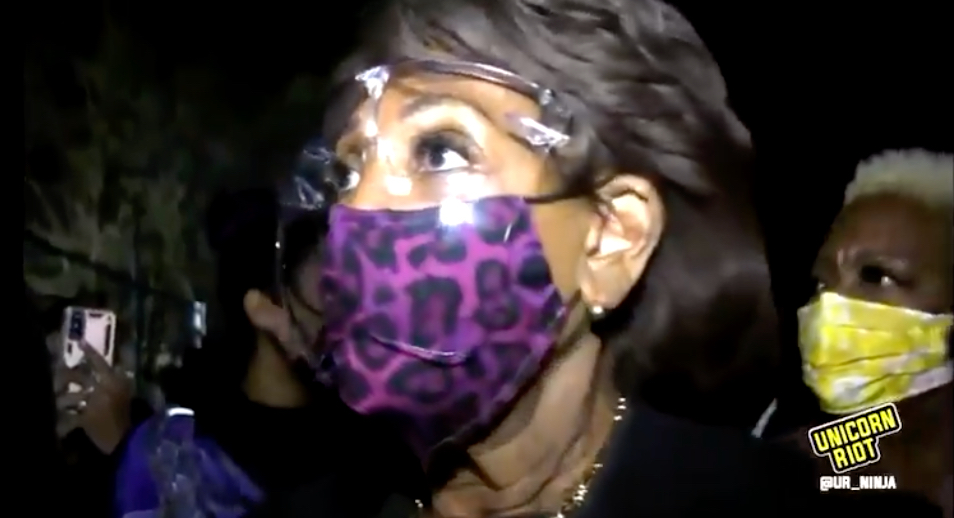 Rep. Maxine Waters has made incendiary comments before, but this one might be the most overt incitement of violence yet.

Waters wants Derek Chauvin to be convicted of murdering George Floyd. If that doesn’t happen, she wants rioters to “get more confrontational.” Waters said:

This is more overt than anything Donald Trump ever said leading up to the Jan. 6 capital riot, so you’d expect the media to go after Waters and hold her accountable, right? Just kidding. Waters gets a free pass because she’s a Democrat.

Thankfully, Republicans have pushed back on Waters’ comments.

Rep. Marjorie Taylor Greene took it a step further, saying she would soon introduce an effort to get Waters expelled from Congress.

In a statement released by her office, Taylor Greene accused the California Congresswoman of inciting “Black Lives Matter domestic terrorists to fire gunshots at National Guardsmen in Minnesota” after she spoke in Brooklyn Center, which has become a flashpoint for protests following the fatal police shooting of Daunte Wright.

“I’ll be introducing a resolution to expel Rep. Maxine Waters from Congress for her continual incitement of violence,” a statement from Taylor Greene’s office reads.

I think we can all agree that Congress would be better without Waters in it. Let’s hope Greene’s effort gains some traction.