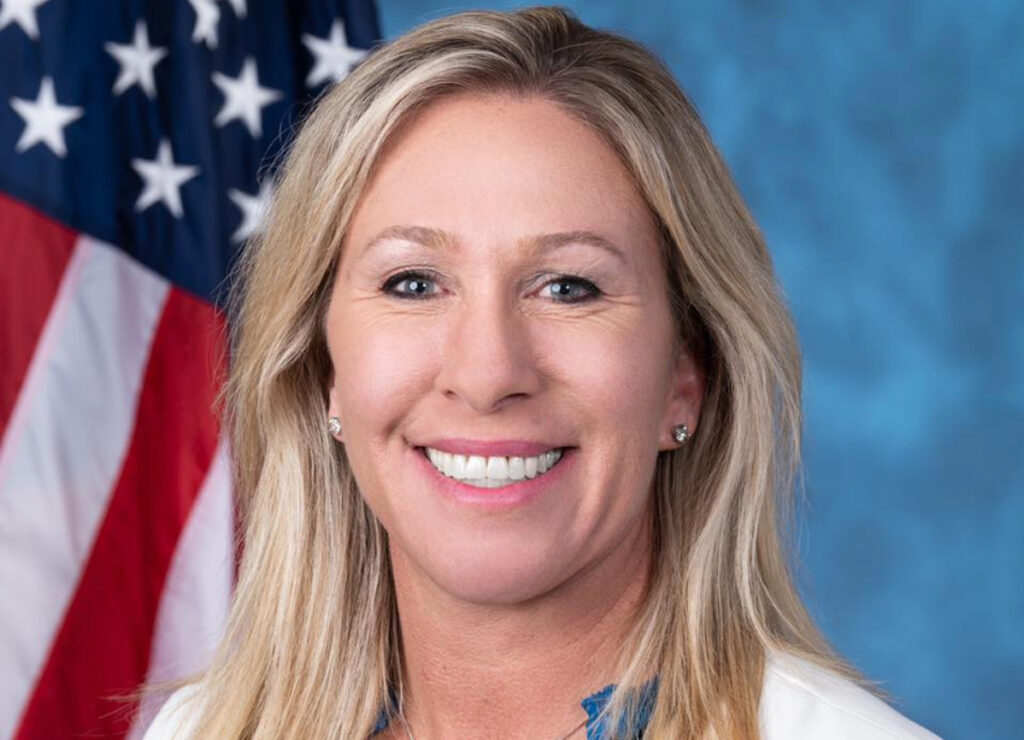 If you’re sick of Dr. Anthony Fauci’s numerous failed predictions over the last 12 months… and his wishy-washy “guidance” that seems to change as often as he moves the coronavirus goalposts… then this is going to make your day.

First of all, did you know publicity hound Dr. Fauci is the highest paid bureaucrat in the federal government? It’s true. With an annual salary of $434,312, he makes more money every year than 4 million federal employees. In fact, he makes more than the President of the United States himself!

Like most patriotic Americans, Rep. Marjorie Taylor Greene has had enough of Dr. Fauci’s shenanigans. So she decided to do something about it.

Yesterday, Greene introduced not one, but TWO separate bills, both of which hit Dr. Fauci where it hurts. The first bill, called the Fire Fauci Act, would reduce his salary to ZERO dollars until a replacement can be found. And the second bill, the We Will Not Comply Act, would make it illegal to discriminate against unvaccinated Americans.

The “Fire Fauci Act” will slash the salary of Dr. Always Wrong to $0 and the “We Will Not Comply Act” will ban vaccine “passports,” prevent discrimination against the unvaccinated, and much more to protect the freedom of the American People.

>> Remind the American public that Dr. Fauci is the highest paid ($434,312) of all 4 million federal employees, including the President.

>> Reduce Dr. Fauci’s salary to $0 until a new NIAID Administrator is confirmed by the Senate.

>> Direct GAO to conduct a study about the correspondence, financials, and policy memos inside the NIAID before COVID through the end of this year. This will allow us to see what Fauci and the NIAID knew, when they knew it, what they spent money on, and how the agency responded to the virus.

We Will Not Comply Act will:

>> Prevent any business engaged in interstate commerce from discriminating against a person based on their COVID-19 vaccine status (addressing the recent vaccine passports).

>> Cut off federal funding for a vaccine mandate on employees (including federal employees), students attending primary, secondary, and post-secondary schools, organizations, or sports, and any person who expresses a religious objection.

>> Create the ability to sue if a person has been discriminated against on the basis of their vaccination status or mask compliance.

>> Prevent the government from requiring a COVID-19 vaccine to receive a U.S. passport.

>> Prevent Airline companies from denying someone from flying based on their COVID-19 vaccination status.

>> Prevent students from being denied access to a public college based on their COVID-19 vaccination status.

>> Express to the U.S. Senate that Jacobson v. Massachusetts should be overturned. This case set a terrible precedent that endorses mandatory state vaccination laws under the “police power.”

While I would love to see Dr. Fauci get his comeuppance, the We Will Not Comply Act is the more important bill of the two because it protects Americans’ basic rights and freedoms.

Quite frankly, Greene nailed it. I’ve already written about the need for laws to prevent corporate discrimination based on whether one chooses to wear a mask or not. I’ve also commended Governor Ron DeSantis for moving to ban vaccine passports in Florida, while suggesting such laws are needed in every state — if not at the federal level.

While neither of Greene’s bills are likely to pass, I applaud Greene nonetheless. The kind of publicity she’s generating helps to inform the public and make more people aware of the risks of the Democrats’ fast-approaching medical tyranny.

What do you think about the Fire Fauci Act and the We Will Not Comply Act? Leave a comment with your thoughts below.