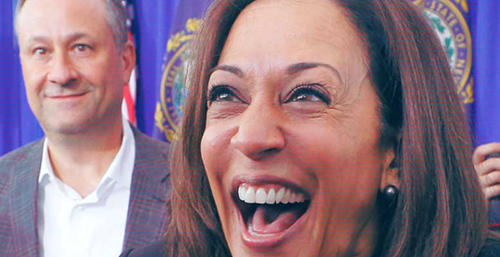 One problem: It turns out that this was not true.

The article in question originally suggested that Harris’ picture book was being put into “welcome kits” for migrant children at a Long Beach, California shelter—a claim that ignited backlash among conservative lawmakers and political pundits; however, a Long Beach city spokesperson debunked the report in a statement to the Washington Post this week, explaining a single copy of Harris’ book Superheroes Are Everywhere was donated to the shelter as part of a book drive, and was not included in the welcome kits.

Even the fake news Washington Post reported the truth:

Long Beach city officials told The Washington Post that Harris’s book is not being handed out in welcome kits. A single copy of the book was donated during a citywide donation drive, officials said.

The former NY Post reporter, Laura Italiano, sums up what happened and why she resigned:

An announcement: Today I handed in my resignation to my editors at the New York Post.

The Kamala Harris story — an incorrect story I was ordered to write and which I failed to push back hard enough against — was my breaking point.

We applaud Italiano for sticking to her principles and standing up for the truth. We also have some questions…

Who ordered this shocking fake news story be printed? Were the editors influenced by Kamala or someone close to her? Why are we not surprised to see more bad Kamala propaganda?

Hopefully, those responsible for pushing this fake news will be held accountable — but we won’t be holding our breath.