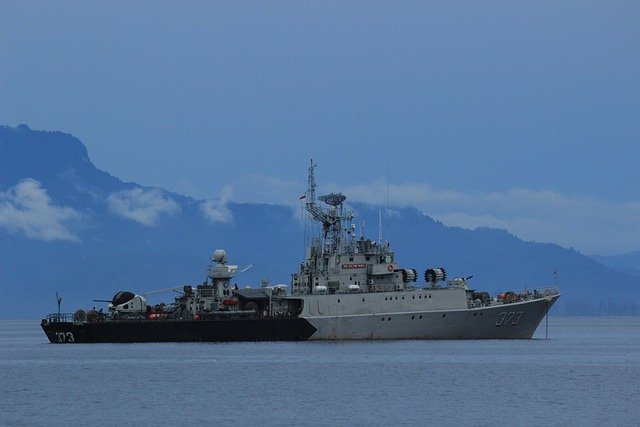 One doesn’t have to be terribly bright to realize that foreign policy under Joe Biden and Kamala Harris, though only 100 days into their administration, is already a massive failure. From looking like a fool in front of world leaders (see here for more on that fiasco) to rejoining the ridiculously one-sided Paris Agreement on climate change to memories of Biden’s dealings with dictatorships while under Obama, no one in the world has any respect for Biden as a world leader.

Now, Sleepy Joe’s weakness on the world stage has set up a situation in which one rogue nation felt courageous enough to provoke a confrontation with U.S. forces. Israel Van Brugen writes,

The U.S. Navy on Tuesday fired warning shots toward three patrol boats with the Islamic Revolutionary Guard Corps Navy (IRGCN) in the north Persian Gulf after a close encounter with American vessels.

The United States military said in a statement that the three IRGCN speed boats moved within 68 yards of the U.S. Coast Guard vessel Baranoff and the USS Firebolt, a U.S. Navy patrol ship, while in international water in the northern Gulf.

“The U.S. crews issued multiple warnings via bridge-to-bridge radio and loud-hailer devices, but the IRGCN vessels continued their close range maneuvers,” the statement said. “The crew of Firebolt then fired warning shots, and the IRGCN vessels moved away to a safe distance from the U.S. vessels.”

The U.S. Navy said “pre-planned responses” were used to de-escalate the situation, avoid collision, and reduce risk of miscalculation.

Van Brugen also noted that incidents of this sort had decreased over the last year, so you have to wonder why it occurred now. We can’t say for sure the reason, but there’s no question that Iran desperately wanted a weak U.S. President like Biden instead of Trump who was willing to face down the Iranian regime.

While we hope for peace, it seems likely that we’re going to see an escalation of Iranian aggression while Biden is in office, so we had better buckle up. It seems like the next few years aren’t going to get any smoother.