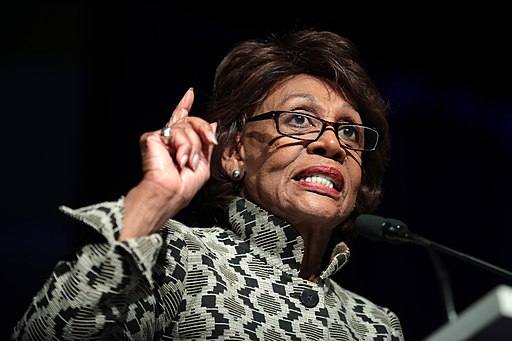 Let’s be honest – the radical left hates Independence Day. You don’t see Democrats enjoying the July 4th holiday. The Left don’t put American flags out or do much of anything – except bad mouth America.

For example, here’s what a liberal writer for The Atlantic thinks about the July 4th holiday:

As you can see from the retweets, Democrats love bashing Independence Day.

The Democrat Representative from California spewed out a disgusting anti-American rant that would make AOC blush.

She even made some racist comments against “white people.”

Rep. Maxine Waters, like many progressive Democrats who’ve become prominent figures in the culture war, have turned their backs on American values and have become champions of efforts to demand “social justice” over historical oppressions both real and imagined, further dividing the country between left and right.

In a tweet, Waters attacked the Declaration of Independence upon which the United States’ established its foundations as a sovereign nation free from the tyranny of the British monarchy.

“July 4th … & so, the Declaration of Independence says all men are created equal,” Waters began. “Equal to what? What men? Only white men?”

Waters didn’t end her thoughts there.

She continued with an additional tweet suggesting that America was, and continues to be a racist country, mentioning election integrity laws and the Democrats’ inability to prevent their passage.

She also brought up the names of Black Lives Matter icons whose names have been held up as martyrs for the “defund the police” movement in the wake of George Floyd’s death last summer.

So after burning down multiple cities this past year, Waters thinks that left wing protestors must be MORE active and confrontational…

Wow. She is one unhinged Democrat.