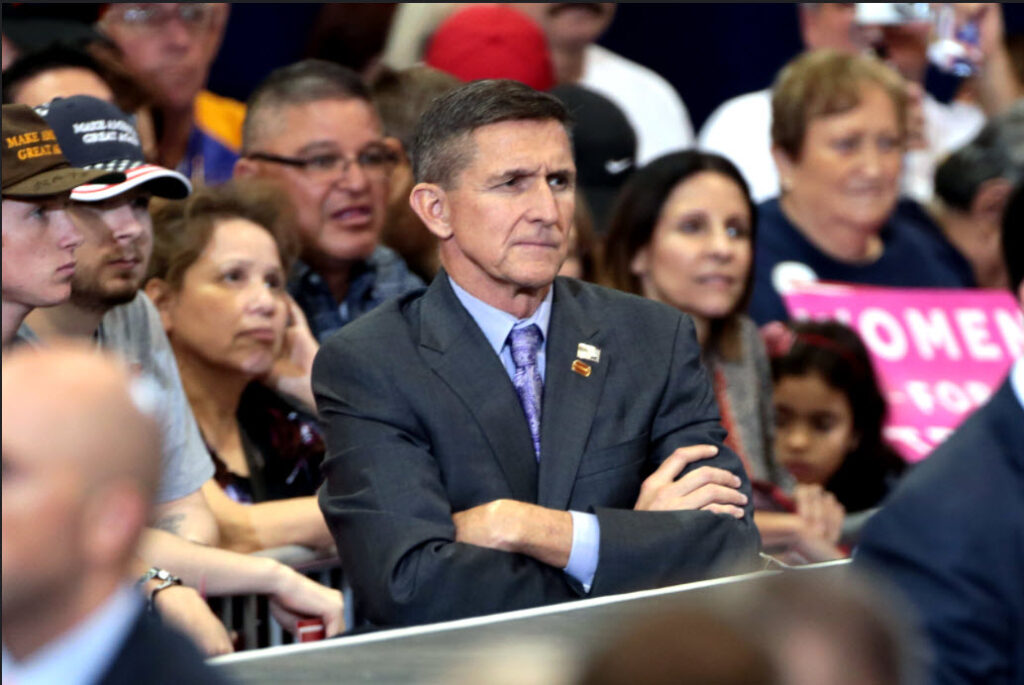 The Arizona audit will be finishing soon, and disturbing truths are already emerging.

Once the general public understands the corruption that took place in Maricopa county, other audits will spring forward – from Pennsylvania to Michigan.

But the “power brokers” behind the corruption are not going to sit back quietly and let the truth come out, according to General Michael Flynn.

Speaking on the Steel Truth podcast this week, General Flynn was asked by host Ann Vandersteel if possibly the “powers that be” might create some sort of “false flag event” to draw attention away from the Arizona audit results?

When you consider the magnitude of election fraud and how that would wake up a sleeping giant known as the American people – you have to wonder if the Marxists will indeed try to create some sort of distraction that will swallow up the news cycle so the MSM can do what they always do – ignore the truth.

Here is what General Flynn had to say:

General Michael Flynn: “Yeah, there is going to be something that is going to happen and I’m afraid that what it’s going to do is it’s going to further divide the country. It’s not going to be as dramatic as something you’re talking about with 9-11 and the stupidity, and this nonsense of UFOs and this apocalyptic crap is such garbage. People need to face reality. We need to face reality. They are going to continue to go after Donald Trump. OK? They’re going to continue to go after Donald Trump. And I’m glad to see the president finally getting out and doing rallies. He’s going to be doing one in Sarasota here on the 4th of July. I think he’s going to up in Ohio on Saturday. So he’s going to get back out and he’s going to light the world on fire. Because I know they are going to go after him. And whenever they go after him it’s never pretty. It’s going to be ugly and that creates a lot of media attraction and everybody has to cover it. What does it mean? What is it going to do? And it keeps everybody off of the election fraud. As I said at the beginning of the show, now repeat after me, the 2020 presidential election was stolen. There is no doubt in my mind anymore. There is none… And the truth will continue to come out. Something is going to happen. I don’t think we’re going to have to wait until the end of summer. I think it’s going to happen here fairly soon…because they must create noise prior to the Arizona audit starting to really bubble out. They are gonna have to do something.” – Gen. Michael Flynn