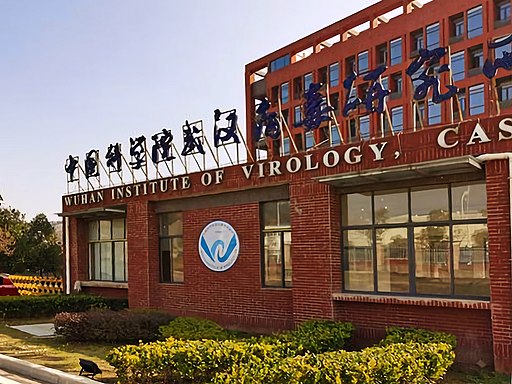 The Wuhan Institute of Virology, located in Wuhan, China, is one of their top virus research laboratories.

For many months, some experts have speculated that the COVID-19 virus did not originate from nature – specifically from bats. Instead, experts like former CDC Director Robert Redfield believe there is enough evidence to indicate the coronavirus is man made, and likely escaped from China’s Wuhan lab.

Now, some additional evidence has been brought forward that strengthens the case for COVID19’s origins coming from a lab: several employees working at the Wuhan Institute of Virology fell ill in mid-November 2019, according to a former State Department official.

The official, who worked at the State Department during the Trump administration, claimed to have been in touch with those contacts at the time and said colleagues also had been in communication with contacts about the issue. The State Department told Fox News it would not comment on “purported intelligence matters.”

The State Department acknowledged in January 2021 the “United States government has reason to believe that several researchers inside the WIV became sick in autumn 2019.” It found that they’d experienced symptoms consistent with both COVID-19 “and common seasonal illness.”

But on Sunday, The Wall Street Journal, citing a previously undisclosed U.S. intelligence report, went further and said these workers required hospital care. The report said it was not entirely unusual for people in China to visit hospitals instead of primary care physicians, but the report could lend weight to the theory that the coronavirus leaked from a laboratory.

As time goes by, more questions are being raised about the virus’s origins.

Even Doctor Fauci is beginning to pivot away from the “natural causes” theory and is publicly saying things like this:

Let’s hope the Biden Administration doesn’t kowtow to the CCP and stymie the truth.