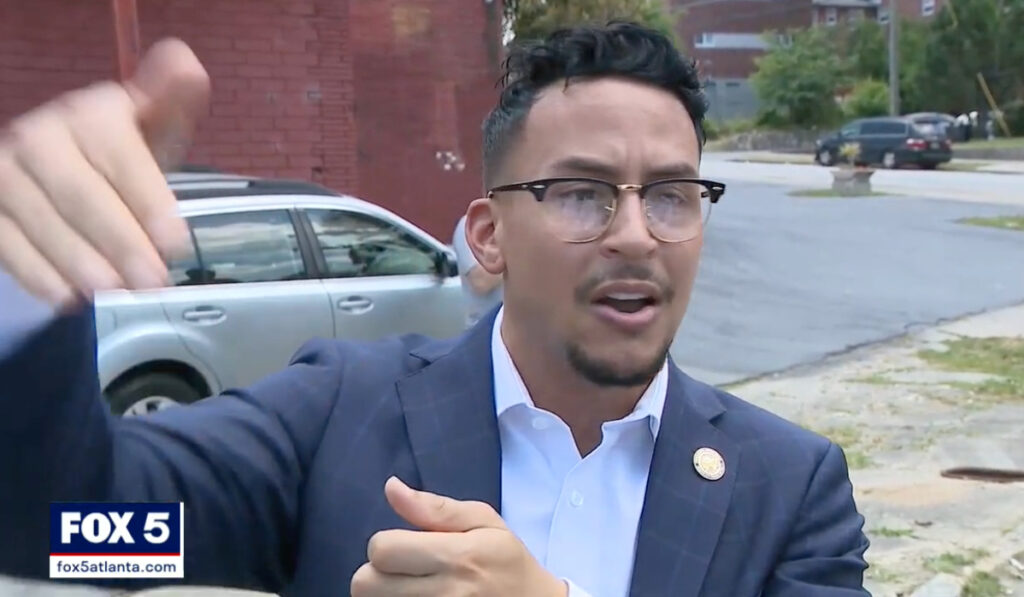 He recently “voted to withhold $73 million of the Atlanta Police Department’s budget.”

Shortly after this vote, Brown’s Mercedes coupe was stolen by a group of kids in broad daylight.

Brown said the oldest was maybe 11 or 12 years old and the youngest maybe 6 or 7.

So how in the world did this happen?

City Council Member Antonio Brown had just arrived at a ribbon-cutting ceremony and jumped out of his white Mercedes coupe, which features a keyless ignition, and was chatting with community leader Ben Norman.

“Brown told police that he noticed four children no more than 11 or 12 years old, the youngest possibly 6 or 7 walking around a nearby store. Within seconds they were in his car,” WAGA-TV reported.

But Brown said he held on and got dragged a short distance before he let go. “As he started to speed up, and I knew that if I had not let go, I knew I probably could have killed myself because he was going so fast, I would have started to tumble. And I would have hurt him,” he said.

Brown doesn’t plan to press charges against the kids, saying, “This is a generational poverty issue.”

Is Brown extending grace due to his own past behavior? Just last July he was indicted by a grand jury on federal fraud charges.

He was indicted on multiple fraud charges “in connection with Brown’s attempts to defraud several financial institutions by taking out loans and making credit card purchases – and then falsely claiming that he was the victim of identity theft and was not responsible for the charges or repaying the loans,” said the U.S. Attorney’s Office in Georgia.

“For years, Antonio Brown allegedly sought to defraud a number of banks and credit card companies by falsely claiming that he was the victim of identity theft,” said U.S. Attorney Byung Pak. “Brown’s scheme was eventually brought to light, resulting in his indictment by the grand jury.”

A man who’s been indicted on federal fraud charges voted to defund the police, got his car stolen by a gang of kids in broad daylight, and now wants to be the Mayor of Atlanta.

I’m not sure if this is irony, poetic justice, or just a bizarre commentary on the sad state of Georgia politics.