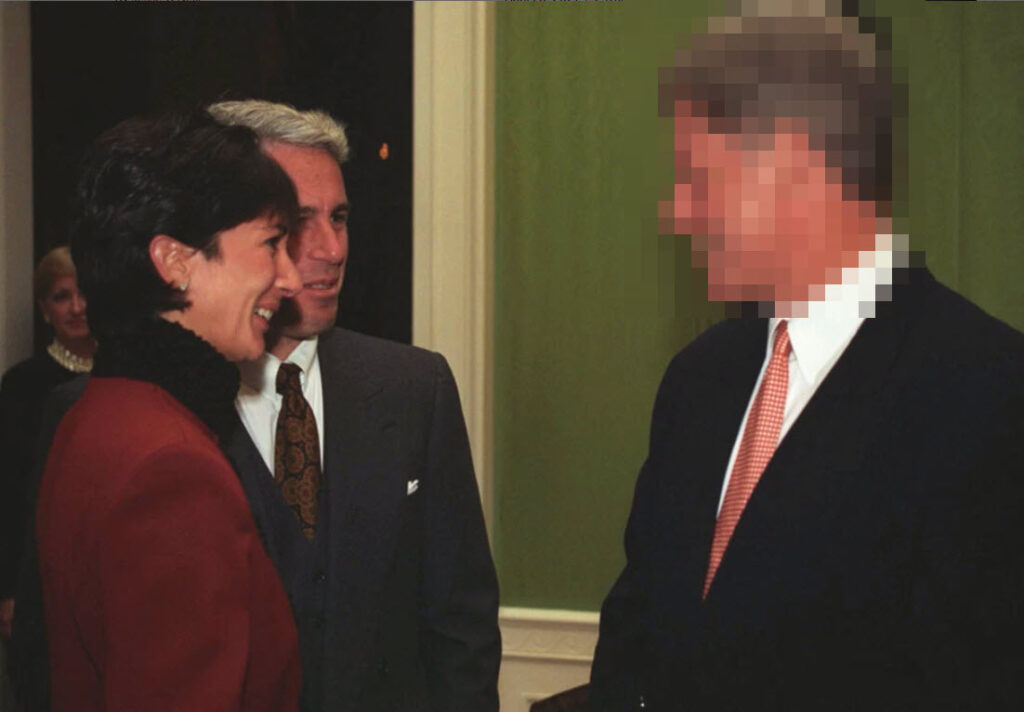 Former President Bill Clinton still denies ever having a relationship with convicted pedophile Jeffrey Epstein and his accomplice, Ghislaine Maxwell – who is currently in jail awaiting trial on human trafficking charges.

The 42nd President claims he had no knowledge of sexual misconduct by Epstein or Maxwell while interacting with the billionaire and his socialite partner in crime.

However, the evidence shows he’s not being truthful.

Despite, all this, the former President pretends he was only an acquaintance with Epstein and Maxwell – not at all chummy with the disgusting duo.

However, new damning evidence from a surprising source shows Bill was quite friendly with these infamous sex traffickers.

These images are available in the William Jefferson Clinton Presidential Library and they clearly show Bill Clinton giving a tour of the White House to Jeffrey Epstein and Ghislaine Maxwell.

Ahead of her sex trafficking trial, Maxwell’s family has launched a website with a glowing biography and highlighting her supposed achievements after moving to the US in 1990.

But there is no mention of the White House bash in September 1993 — where she and her paedophile ex-lover were VIP guests of the President.

They toured Clinton’s residence and the East Room during a reception after Epstein gave £7,280 to the refurbishment of the Oval Office.

Maxwell and Epstein were known to have befriended Clinton and took him on an African tour in Epstein’s “Lolita Express” jet, after the president’s eight years in the White House.

But these pictures show them already cozying up to Clinton just a year into his presidency.

As time moves along, the evidence keeps piling up. Bill Clinton did indeed have some sort of intimate relationship with Maxwell. There is also ample evidence that Clinton had a friendship with Jeffrey Epstein that goes deeper than “acquaintance.”

The evidence was already strong. These new photos only confirm 42’s long-term relationship with both Maxwell and Epstein.

Let’s hope the upcoming trial of Ghislaine will bring to light what needs to be known for justice to be served those who were victims of human trafficking thanks to these two scumbags who were way too close to a sitting president in the 90s.