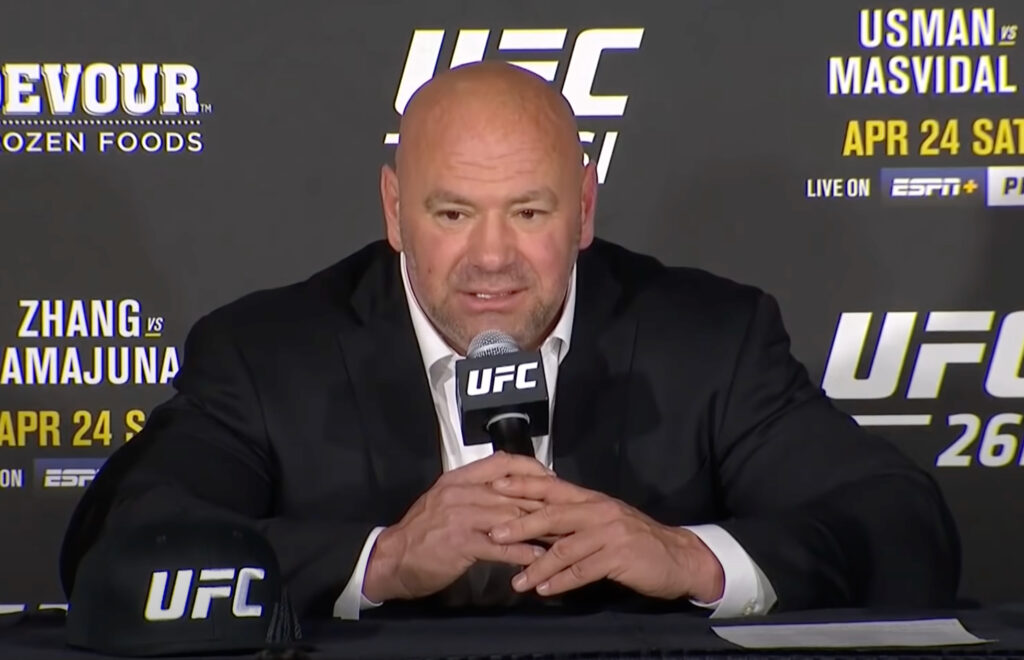 On Saturday night, UFC 261 took place in Jacksonville, Florida with 15,000 fans in attendance.

Predictably, the blue checkmarks on Twitter and the media blasted the UFC for their alleged “recklessness” at hosting such a large event.

But one of the worst hit pieces came from the Las Vegas Review-Journal, which began its article saying, “At least 15,000 people are willing to risk permanent damage and death to attend a live sporting event again.”

Quite frankly, it’s shocking that a local paper would be so antagonistic to a mega-business that brings thousands of jobs and hundreds of millions of dollars into Las Vegas every single year.

But in the Age of Covid and irrational fear, this is where we’re at.

After the fights were over, White again tore into the Las Vegas Review-Journal during an on-camera interview. Here’s what he said:

I know that you all have arrogant smug f*cking editors, you know, pompous ass editors, who write your headlines for you sometimes, and you know, some of the other fake bullsh*t that goes in there.

Good for Dana White for firing back at the shameless media and their relentless fear-mongering. It’s time to get back to normal, and White is leading the charge.