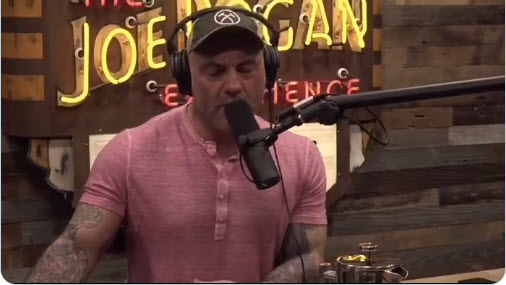 Podcast superstar Joe Rogan – now operating his show on Spotify – recently said something about vaccines that made the Left go insane.

Here’s the blaspheme Rogan said that has followers of the covid cult up in arms.

The woke mob has become so predictable that many conservatives on Twitter knew right away what was coming:

The woke mob are fascists. Their “science” is “settled science.” All they want to hear is what Fauci says. There is no open dialogue. No consideration of other studies. Other theories. No other viewpoints.

All the twits on Twitter are as clueless about science as anyone else.

The next time an unhinged covidiot says to you, “when did Joe Rogan become a medical doctor?”, you answer back, “The same time Bill Gates got his medical degree.”

The covidiots who claim to love science while only listening to certain personalities are scary and about as unscientific as you can get.

That’s not science. That’s a cult.