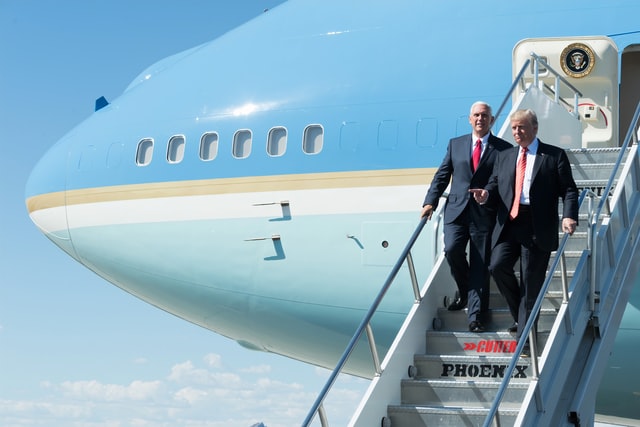 Mike Pence is known as a calm man, an even-keeled man who doesn’t get riled up easily. He was the steady man in the Trump White House who was the perfect counterpoint to Trump to help ensure smooth functioning of the administration.

In other words, he isn’t someone known for putting his foot down, for calling for an aggressive push back, and declaring, in so many words, that it’s time to fight.

But that’s exactly what he did, recently. Jack Phillips writes,

“I’ve had enough,” Pence said at an event in South Carolina. “After 100 days, I think the time has come for Americans devoted to faith and family and freedom and limited government to stand up and unite behind a positive agenda and win back America. And it starts right here and right now in South Carolina.”

“The time has come for freedom-loving Americans to stand up to the far-left agenda of the Biden-Harris, administration and say enough is enough,” Pence said. “It’s time to unite behind a positive agenda built upon our highest ideals and win back America. And we have the winning agenda, men and women, I have no doubt about it, built on American values and on our confidence in the American people.”

You know things have gotten bad when someone as reserved as Pence says that he’s “had enough” and calls for conservatives to go on the metaphorical warpath. People like Pence don’t get upset easy, but when they do, you had better watch out.

And things have gotten really bad in just these first 100 days under Joe Biden and Kamala Harris. Pence is right to call for a fight now before things get even worse.

Now is the time for conservatives to unite around a message that can bury Democrats in the ballot box in the next election and every election going forward.

What do you think that message to unify conservatives is? Tell us below.