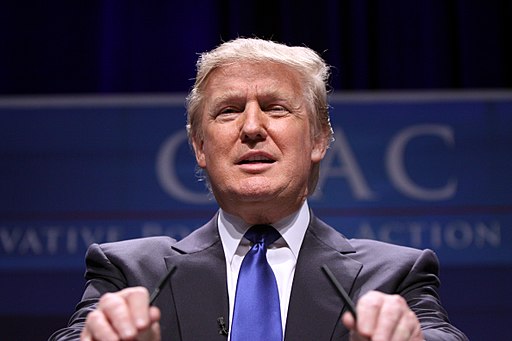 First, the context: Earlier this week, Ma’Kiyah Bryant was shot and killed by a police officer when she attacked another woman with a knife.

Soon after this happened, LeBron James sent out an offensive tweet that generated so much backlash that he deleted it only 2 hours later.

The tweet showed a picture of the police officer with the words YOU’RE NEXT, an hourglass emoji, and the hashtag #ACCOUNTABILITY.

Normal people like you and me interpreted this as a threat on the police officer’s life and were enraged that LeBron had suggested such a thing on social media.

On Thursday, April 22, former President Donald Trump jumped into the fray by issuing a public statement in which he blasted LeBron for his tasteless tweet. And, boy, was it a doozy…

LeBron James should focus on basketball rather than presiding over the destruction of the NBA, which has just recorded the lowest television RATINGS, by far, in the long and distinguished history of the League. His RACIST rants are divisive, nasty, insulting, and demeaning. He may be a great basketball player, but he is doing nothing to bring our Country together!

The NBA’s ratings have tanked over the last year, largely as a result of players like LeBron trying to make political statements.

It’s gotten so bad that retired professional sports players like Brett Favre have expressed their displeasure over “woke” politics invading what should be a safe space for fans.

Let’s hope LeBron and other players get the message and keep politics out of sports.