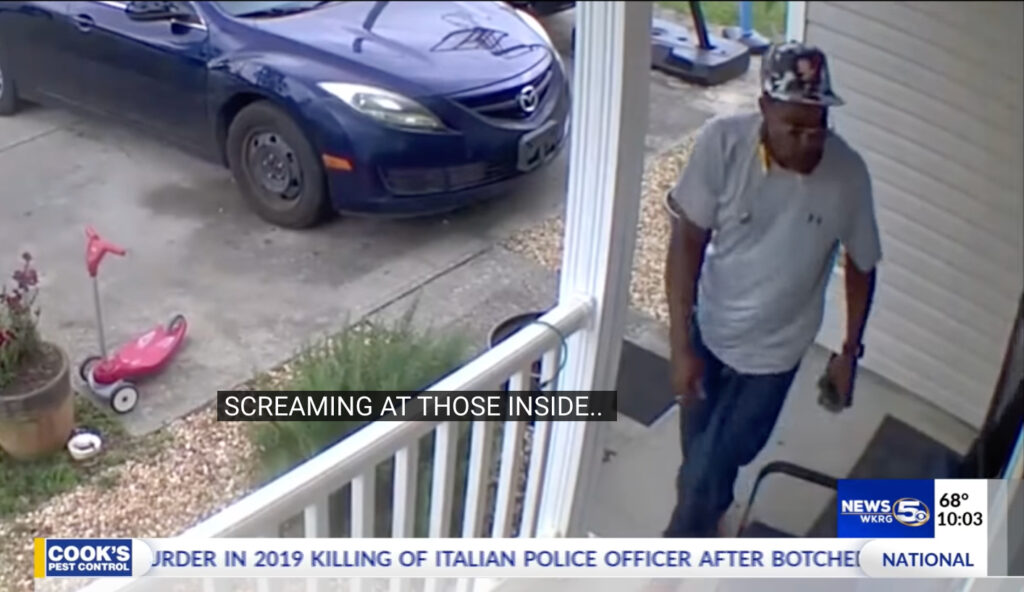 Democrats hate the 2nd Amendment and would erase it from the Constitution if they could.

They think that only the government should possess firearms, and all private citizens should be unarmed.

Dems also want to penalize people for owning guns, buying and selling guns, and all ammunition along with it.

The Constitution, along with 2nd Amendment advocates, are what keep the Democrats at bay while protecting your gun rights.

A woman in Florida today is now happy that she has the right to bear arms and use them for self protection.

This dramatic home surveillance video coming out of Florida reminds us how fragile life can be. You never know what tomorrow will bring.

The Escambia County Sheriff’s Office said a woman inside the home pulled the trigger and no charges will be filed.

Escambia County Sheriff’s Deputies said the man kicked in the door at a home on James Taylor Lane in Pensacola Tuesday afternoon. After about 25 seconds of cussing and kicking, the 54-year-old man was able to get inside.

Deputies said what you don’t see is the man then grabbed a knife and began yelling that he was going to harm his children’s mother. Then, according to investigators, with a knife in hand, he went room to room, searching and threatening everyone inside who was hiding in a back bedroom.

Deputies said the man confronted a woman and she shot him twice.

Sheriff Chip Simmons said, “Florida State Statute allows people to take reasonable steps to protect themselves from harm. You can see from the video; his demeanor and intent were clear. The Escambia County Sheriff’s Office will defend a person’s right to reasonably protect themselves against harm, even with the use of deadly force. We do not intend to bring charges against the occupant of the home.”

In Florida, the Stand Your Ground Law, enacted in 2005, protects that woman.

Florida has some of the best gun laws in the country. Governor DeSantis keeps passing laws that make the Sunshine State better and better.

WATCH as this guy learns the hard way that the 2nd Amendment is alive and well: