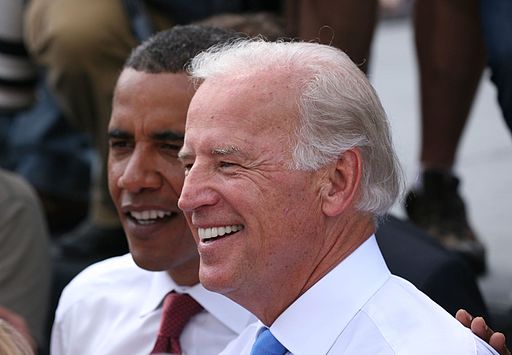 The American people are not stupid.

They know something’s not right with Joe Biden.

Voters saw his disastrous press conference yesterday, the red flags caught on video since taking office, and the subtle signs a Kamala Harris transition is already in the works.

But here’s the thing: Democrats don’t care what the American people think.

The Democrats hold all the power right now. And they intend to use it.

Yes, Joe Biden looks like he could fall asleep at any moment, appears to have the energy of a sloth and the brain power of a clam. No one can seriously debate that.

According to Axios, President Biden is cognizant of his place in history, and wants to leave a legacy on par with FDR and LBJ.

In fact, Biden reportedly held a secret meeting in the White House with historians to discuss how big and how fast his socialist agenda should be rammed down America’s throat.

Of course, all the invited historians were progressive cheerleaders. Reportedly, every single one of those university eggheads invited to this secret meeting urged Biden to go BIG with their progressive agenda.

Biden and Congressional Democrats are even ready to throw out the filibuster and all semblance of bipartisanship.

Joe and the Democrats see this as a historic moment – which they intend to seize.

Four things are pushing Biden to jam through what could amount to a $5 trillion-plus overhaul of America, and vast changes to voting, immigration and inequality.

1. He has full party control of Congress, and a short window to go big.

2. He has party activists egging him on.

3. He has strong gathering economic winds at his back.

Presidential historian Michael Beschloss told Axios FDR and LBJ may turn out to be the past century’s closest analogues for the Biden era, “in terms of transforming the country in important ways in a short time.”

Beschloss said the parallels include the New Deal economic relief that Franklin Roosevelt brought in 1933, which saved the country from the Depression and chaos.

And Biden is on track to leave the country in a different place, as Lyndon Johnson did with the Great Society programs.

People close to Biden tell us he’s feeling bullish on what he can accomplish, and is fully prepared to support the dashing of the Senate’s filibuster rule to allow Democrats to pass voting rights and other trophy legislation for his party.

Biden loves the growing narrative that he’s bolder and bigger-thinking than President Obama.

This temptation to go even bigger, Senate Republican Leader Mitch McConnell insists, will create such a fissure between the parties that he compared it this week to “nuclear winter.”

But we’re told Biden won’t hesitate. Just as he passed the $1.9 trillion COVID rescue package with zero Republican votes and zero regrets, his team sees little chance he’s going to be able to rewire the government in his image if he plays by the rules of bringing in at least 10 Republicans.

He won’t rub their noses in it, we’re told. That’ll be the Biden touch to rolling the opposition – and getting that much closer to the status of latter-day FDR.

Now whether or not these reports within the Democratic echo chamber of Axios are accurate or semi accurate or simply mythical propaganda doesn’t matter.

Articles like this one from Axios simply show us what Democrats are thinking and what they’re hoping for. And the way things are aligned, they have perhaps their best shot in at least 50 years to accomplish monumental progressive goals.

Let’s not get too caught up in the whole “stumbling, bumbling Biden” narrative and underestimate what the Democrats might pull off in the next two years – with or without Joe Biden.

Yes, a Kamala Harris Presidency would be no different. Her agenda would likely be worse than Joe’s.

But either way – Democrats are holding the cards right now.

Call it what you want – elder abuse, or whatever – Biden has finally reached the pinnacle of his political career. At 78, the only thing left for him to accomplish is a Presidential legacy. With a lapdog press and slick handlers working behind the scenes – could he, or they, reach their progressive dreams?

Whether Biden is in complete control and fully behind this current progressive agenda, or he’s a sock puppet being used by unseen hands – either way, America is in deep doo doo.

Isn’t it interesting how the liberal media paints such a starkly different picture of Joe Biden? Let’s talk in the comments about Joe’s agenda and what sort of legacy he may leave.