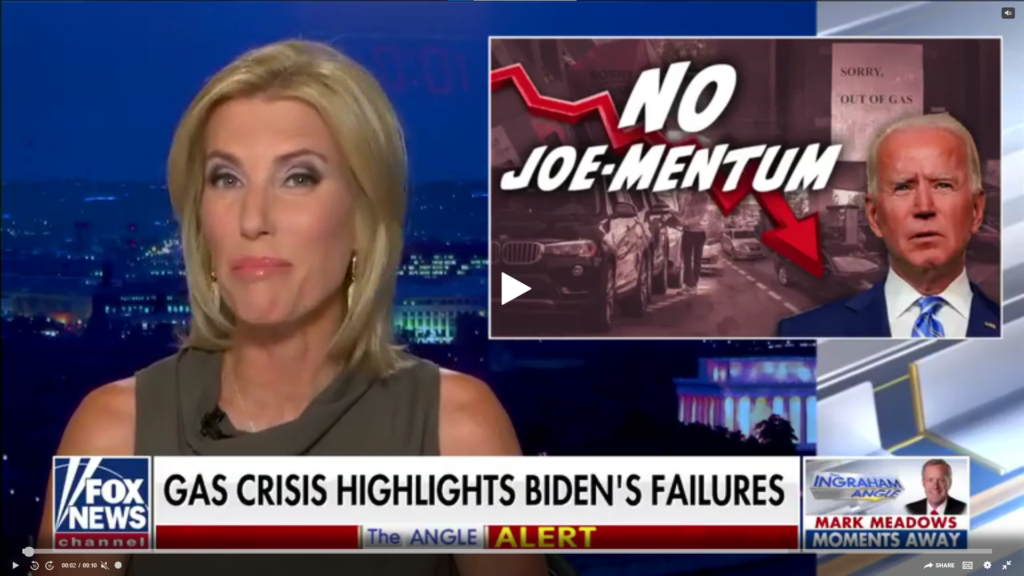 No one tell Hunter.

Everyone has started to notice that Biden is weak and can’t lead. We knew it before he was even elected, but we didn’t know it could get quite this bad.

Biden’s leadership has been behind the recent conflicts in Israel, the employment crisis, rising gas prices, and now possibly inflation.

Laura Ingraham has taken notice and made a powerful statement about Biden on her show:

INGRAHAM: These problems really don’t bother the Biden White House all that much. Either they’re so rich that it doesn’t matter, or they’re hoping to benefit from a bigger and more powerful central government. After all, their goal—remember this, it’s very important—isn’t to raise your standard of living.  It’s to get you accustomed to living with less.  To get you to accept that America’s best days are behind us — that we were never that great, to begin with.

Gas shortages are actually part of their policy. If they cared about small businesses, wages going up, and giving people jobs, they would have fought harder to reopen everything early on in the COVID mess.  Instead, they fought to keep it closed for as long as possible –until the red states shamed them into opening. For them, the only potential snag is if this scenario starts costing them votes. Then they will start worrying.

That’s why they are intent on taking over state elections with HR-1. That’s why they have to drum up racism where it isn’t – to try to scare minority voters. That’s why they cling to the false narrative about phony threats… that they’re pledging to save us from.

She makes a good point. With Critical Race Theory, kids are being taught in schools that America is evil. Younger people more and more seem to hate their country, yet still expect the government to do everything for them.

Democrats have a lot to answer for. This last year has been hard on everyone and a few small government checks isn’t going to make us all forget about it.